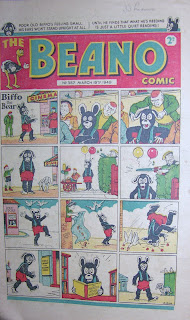 y - it is the world's longest running weekly comic and is still a huge success. These day there is another comic, Beano Max published alongside the regular weekly comic.

Given the title's long life I thought it would be interesting to compare a few issues of the Beano, one from 1949 and another from 1973 - click on any of the images for a larger readable v 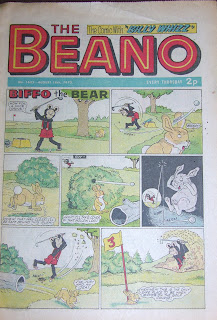 ersion of the comic page. The cover star of both issues is Biffo the Bear and although the character had retained his popularity from the 40's to the 70's you can see how he has evolved visually. The character is still a part of the comic today though Dennis the Menace has taken over the coveted cover page.

The contents of the comics though is where the real difference comes in. 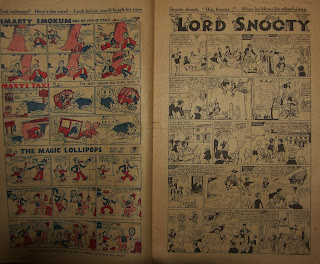 Lord Snooty, who takes up the third page of the 1949 issue was still in the title when I was reading it through the Seventies. But the other two characters here Smarty Smocum and the Magic Lollipops have completely vanished by my day. Indeed I've never known the comic to feature two stories on the one page.

The 1973 stories on the second and third page are more familiar to me from my youth. 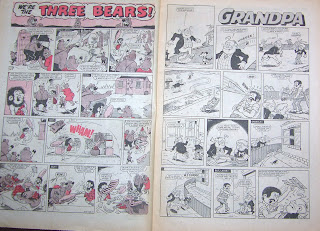 Both Grandpa and The Three Bears were long running stories and although the titles may sound like the comics were aimed at pre-schollers that is not the case - The Beano is a humour comic that has always been popular with children of all ages, indeed a fair few adults would be lost without their weekly fix of mayhem from DC Thomson, the company behind the comic.


Back to 1949 and the biggest surprise is to find text based stories in the comic - I've never known that and was surprised to see these here. 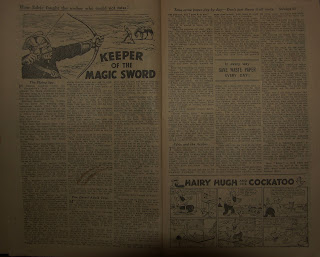 In the 1970's it was rare to find a comic that was anything but comic strips - text stories would sometimes turn up in the annuals but I can not remember the Beano Annual ever having text stories - obviously they must have during the early days. It's an indication of how reading habits had changed.

By 1973 it was comic strips all the way and another hugely popular character is Mini the Minx, a kind of femal 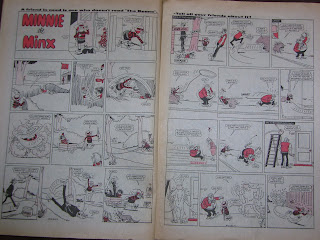 e Dennis the Menace. She even wore the same clothes though the two characters were not supposed to be related. This was something the comic would often do - if a character was especially popular they would create variations on the characters - making them female or dogs or even mice. For instance a strip below Pup's Parade is basically dog versions of the Bash Street Kids.

1949's next strip is again in a style that had vanished by the time I was reading the comic and this is followed by another text story. It would have taken longer to read a text story so perhaps kids in t 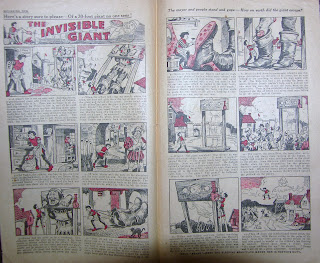 he 40's having less distractions demanding their attention would have welcomed the text stories. 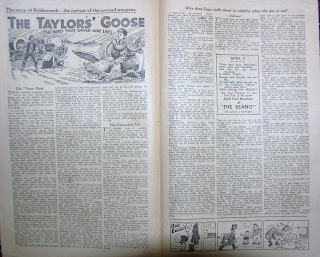 The 1949 issue then closes with another comic strip and the back cover is shared by four stories. 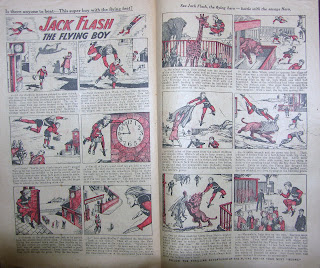 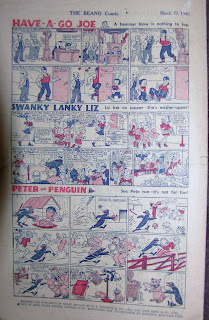 The comic was much thinner in 1949 but then paper rationing had not yet been fully relaxed after the war. By 1973 the comic was twice the thickness but made up entirely of comic strips and the only character 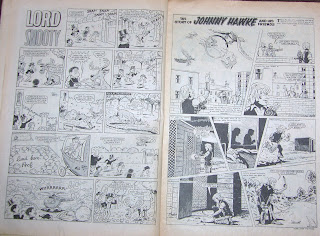 s that remained from the earlier issues were Biffo the Bear and Lord Snooty.

Johnny Hawke is followed by The Bash Street Kids, another popular strip which dominated the middle pages and re 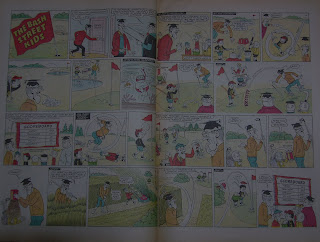 mains a favourite by readers today. In fact the strip is probably second in the all time popularity stakes to Dennis the Menace. The latter being the comic's superstar.


Pup's Parade which followed was the doggie world's answer to the Bash Street Kids. 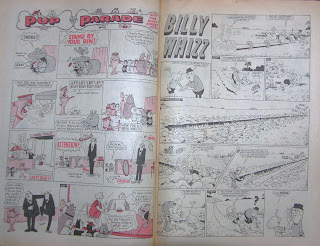 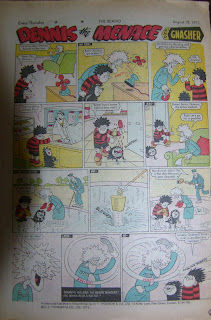 d Finlayson, billed as the cutest bandit in the West before ending with Dennis the Menace taking up the colour back pages.
at September 24, 2009

Email ThisBlogThis!Share to TwitterShare to FacebookShare to Pinterest
Labels: comics, the beano

Delightful! I was a Beano reader roughly 1979-82 or thereabouts. Biffo the Bear had been relegated to half a page by then; I'm over the moon to hear he's still hanging on!
Really enjoyed this.

This is great. I can vividly remember reading a 2 page illustrated story in I think a 1949 Beano about two young men in the US West who were living in a shack with a verandah that gets washed away in a flood. I'd really like a photocopy of this, if anyone has it.