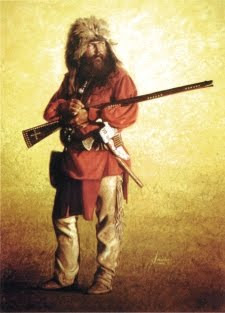 * In the movie Jeremiah Johnson, Robert Redford faced a never ending stream of Crow attackers after avenging himself on the Crow who killed his wife - the reality was somewhat different. John Johnson did indeed go into the mountains and married a Flathead who was killed by Crows while he was off hunting. He discovered that his wife had been pregnant because he found little bones within her animal gnawed body when he returned several months after the event. Johnson swore to kill as many Crow as he could and eat their liver - which he did and for 15 years he managed 247 kills. He only stopped when he came across a monument the Crow had built to the monstrosity of his acts. Johnson returned to civilisation and became a sheriff in Wyoming.


* Doris Day was the picture of sweetness as Calamity Jane but it reality Martha Jane Canary was anything but. She could shoot, swear and brawl with any man and for a time was a hooker for the army. She was always chewing tobacco which made her teeth a stained sepia and her hair was a tangled mess.


* Theodore Roosevelt said in a speech in 1886 - I do not go as far as to think that the only good Indians are dead Indians. But I believe nine out of every ten are and I shouldn't like to enquire too closely into the case of the tenth.

* Before his famous last Stand Custer said - the Seventh can handle anything it meets
Posted by Gary Dobbs/Jack Martin at 07:38

Enjoyed the little gems of wisdom, the snippets. By the way, Doris Day turned 88 today!