How the Woke lot killed the SEXIST MISOGYNIST DINOSAUR 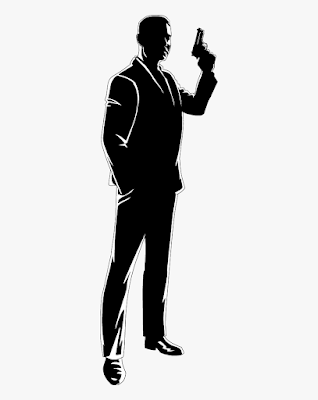 Now that they've done the unthinkable, and  killed off James Bond the frenzy begins - will the next James Bond be a woman, a black man or a transgender man from a council estate or even  a bunch of angry overweight lesbians with guns.

When Daniel Craig took over the role of Bond in Casino Royale the film was billed as a reboot when in fact it was a reimagining of the character - gone was the sexism, the harmless misogyny, the devil-may-care imperialistic nonsense that had originally birthed the character kicking and screaming from Ian Fleming's awesome imagination. It had been replaced by a kind of Bond-lite character -  the violence and action ramped up to impressive levels to disguise the fact that so much was missing of what actually made James Bond James Bond in the first place.

Quantum of Solace followed which was like watching a bloody video game with no attempts at the character building, or  the re-invention that the previous movie attempted. After that we had Skyfall, which at least almost felt like a Bond movie and will, I've no doubt, come to be regarded as Craig's best Bond. Then came Spectre, which was okay but nowhere near as good as the previous high point. And now there is No Time to Die, an overly long turgid movie that actually kills off the character of 007 in its climax. This is a definitive death scene too, not a trick death like that which opened one of the real Bond films, You Only Live Twice.

Mind you no sooner do the credits roll that we are given  the promise that James Bond Will Return.

James Bond will return indeed - truth is we've been waiting a long time to actually see James Bond return and maybe in these Woke times we never will. The Bond of Casino Royale was a Bourne clone and he's continued down that road ever since.

Bond was always shorthand for stiff-upper-lip masculinity and flag-waving ideas of fashion, style and heterosexual lovemaking, and the increasingly demented Woke culture can't deal with that. They spend so much energy trying to be offended by Bond's macho nonsense that they forget the films are mere fantasies. No one is going to try and take over the world in such convoluted ways as Spectre, no one is going to irradiate all the gold in Fort Knox, and you can be sure that no one is going to turn up with their dwarf sidekick and bring about the end of life as we know it. 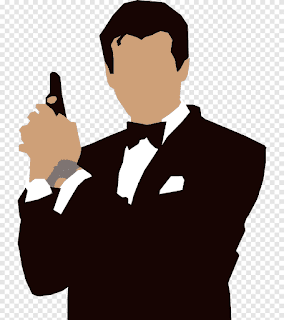 No Time to Die in its insistence on making Bond a real character give him a daughter he'll never see - yeah, that's right Bond is a daddy now - and have him heroically sacrifice himself to save mankind. He's carrying a deadly virus you see. The ending is as unambiguous as possible JAMES BOND IS DEAD.

Some will argue that he's been dead for at least the last five movies - the real Bond that is, the one that became the literary and movie legend in the first place. Fleming actually toyed with the idea of killing Bond himself but he decided against the move, and now the filmmakers have fulfilled on that idea and killed off Bond for once and all.