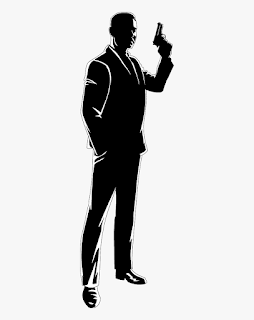 Starting with Dr No in 1962 and continuing until Die Another Day in 2002, the James Bond film series followed a loosely connected narrative that spawned twenty financially and mostly critically successful films, but then in 2006 the franchise rebooted itself with Casino Royale - it was from this point on that the James Bond films became a separate entity to what went before. And whilst Casino Royale is a good well made and well acted movie it is not, at least in the traditional sense, a James Bond movie.

At the end of Die Another Day we were told that James Bond would return...we're still waiting.

Let's look at the recipe for Bond, the ingredients created way back when Ian Lancaster Fleming relaxed in Goldeneye for six weeks to write that first novel, Casino Royale:

James Bond, the name considered bland and boring and pilfered from a bird book that Fleming owned.

Add a lot of over the top villains with world domination schemes.

Stir in a good measure of sexism and misogyny.

Add a touch of toxic masculinity.

That recipe served the films well right up until Die Another Day. No matter what fashions came and went the Bond films remained essentially the same.

Though that recipe has been amended by the current producers. They have come up with a low fat, gluten free version to carry the series forward, and whilst that may seem sensible in order to keep the franchise relevant it's resulted in all the flavours being removed. It's given us a very bland tasting Bond. They can have their cake and eat it. I don't want any of it.

The truth is that the Craig movies have been generic action films featuring James Bond in name only, with a few winks and nods to past glories - again they want their cake and eat it.

However, I will say that No Time to Die has been a fitting end to Craig's era. Since the Eon team have spent the past four movies trying to kill everything James Bond and this time they actually did kill Bond. Well, they have him commit suicide by allowing a pile of missiles to blow him to pieces.