A recent study by UK charity Quick Reads has suggested that readers who use eReaders tend to read more than readers who stick with traditional books. 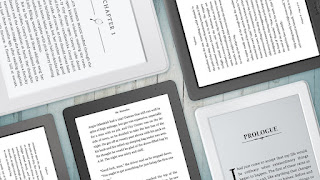 According to the survey, 48 percent of UK adults who use e-readers say the technology gets them to read more. In addition to that, 41 percent of respondents reported that being able to look up words they don't know makes reading easier, and over half say that being able to change the size and appearance of text helps as well.

The survey also found that 62 percent of e-reader users say that access to free digital books has led them to titles they otherwise wouldn't have picked up. That's an important finding for Quick Reads, which since 2006 has produced free ebooks for less confident adult readers.

This would seem a no-brainer, seeing as the only people likely to invest in a dedicated eReader would be those who enjoy snuggling up between the pages of a well written story, but it's still nice to have conformation that eReaders rather than being a passing fad are here to stay.