No Time to Die/ No Urge to See 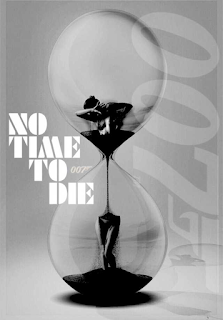 It's taken an age to get here - what with production delays and then the covid pandemic closing the world down, and now we're only days away from the 25th Bond movie hitting cinemas. A lot is hanging on the success of the movie, the cinema sector are hoping this film will be the spark that helps them recover after multiple lockdowns and EON productions have a lot riding on the success of the film - perhaps, the future of the franchise itself.

"We’re really hoping that this unlocks everything else and is very much the spark that makes everybody feel safe to return to cinemas,”

I've seen every Bond movie in the cinema since The Spy Who Loved me - I was but a boy then - and now for the first time ever I feel ambivalent to a new Bond movie. I've never really liked Craig in the role, finding him boring but I still joined the queue for each movie as it came. This time, I'm not going to bother. Maybe I'll see it when the DVD comes around and catch it on one streaming service or other.

Why? Is it that I find the films tedious and lacking the spark of previous eras?

Well, there is something in that - I consider Moonraker to be the worse of Roger Moore's Bond movies and yet I'd prefer to watch that movie than any of the Daniel Craig Bonds. Though, despite my lack of love for the latest Bond era I did love Skyfall and rate Spectre as pretty good too. I also think that the franchise has been heading back to the classic feel of the series since Skyfall - there's much more humour than there was in the Bourne-alike Casino Royale and the absolutely terrible Quantum of Solace. 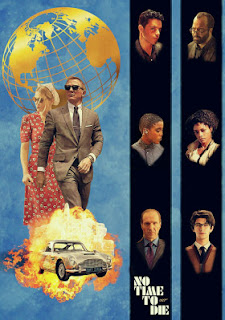 Is it Covid fear?

No, I don't think so. I've worked straight through the pandemic and am double jabbed. I'll visit a packed whisky bar in a heartbeat, I'm in the local library at least once a week and I'm still working, often driving a packed bus. So it's not a fear of the bastarding pandemic.

Is it the gimmicks the movie seem to have employed - making the new 007 a woman?

No, whilst I think it would be a step too far to bow down to the Woke lot and make Bond a woman. The code 007 can go to any agent, male or female and Bond is, of course in the movie and it's still a Bond movie. Anyway, it may be fun to see Bond teamed up with a truly strong female character. Though, it's a safe bet that Craig won't give the sexy new agent the benefit of some great 007 sex as Moore would have.  Remember, Mrs Ringo was a super tough agent in the Spy Who Loved Me, and yet she couldn't resist a little moore rogering. Whoops, sexist joke. I do apologise.

It's troubling that No Time to Die director, Cary Fukunaga recently told the Hollywood Reporter that Connery's Bond was basically a rapist.

The scene Fukunaga is talking about is in Thunderball where Connery seduces a nurse (Molly Peters) in a playful scene where 007 basically promises to keep quiet about something that could cost her her job if she sleeps with him. I suppose you could see that scene as rape if you wanted to, but come on...it's really not.

Guess, they are still missing the point that Bond is basically a fantasy and not meant at all to be taken seriously.

In short, I don't know why I just can't be arsed with this - maybe I've outgrown the movies. Maybe I'm out of time and long for the days when Roger Moore walked across the screen and fired down those famous gun barrels, when Connery purred as he seduced yet another fair maiden. I guess it's time to step aside and leave the Bond movies, at least those made in the last decade or so to those who love Craig's angst ridden spy and they are legion. Me, I prefer the past when a new Bond movie was really an event, when the Death Star was visually cutting edge, when Smokey and the Bandit tore up the celluloid roads and blockbuster movies  were fun.

I guess the answer to the questions above is that I'm Too Old to Care.

Though in fairness to the movies Casino Royale did invigorate a franchise that seemed to have run out of steam, and Craig was hailed as the best Bond in many years. And yet most of his movie are forgettable whilst the older movies remain fondly in memory. Maybe this all new serious Bond was another gimmick. Maybe, fans didn't realise how much they would miss the over the top villains seeking world domination. Maybe the odd henchmen, the whimsical plots, the insane gadgets were the things that made the Bond franchise the powerhouse it was. 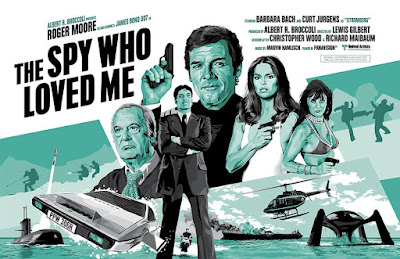 All of those elements were the things that made Bond such a beloved fantasy espionage icon - in short, this was what made Bond Bond. All of these things seemed to separate Bond from other mindless action spectacles, but these days Bond, in the guise of being super serious is just another member of the pack. The women no longer make love to Bond but instead they are tortured and killed. Bond's witty quips are no longer fun - the movies used to be about escapism and beautiful locations with a martini or two thrown into the mix, but now they wallow in sombre moody landscapes, filthy basements and larger louts.

You know, maybe I'm not too old for the films after all - I guess I'm still a Bond mega-fan and I guess I always will be but the fact remains I'm not paying for a ticket to see John Mclane or Jason Bourne. I want to truly see that other guy - The name's Bond, James Bond.