New Kindle update gets users in a spin

We recently reported on the updates that Amazon were rolling out for their entire Kindle eReader range and now that Update   5.13.7,  has been rolled out users are starting to see a difference in the UI (user interface) on their Kindles. Many don't like the changes. 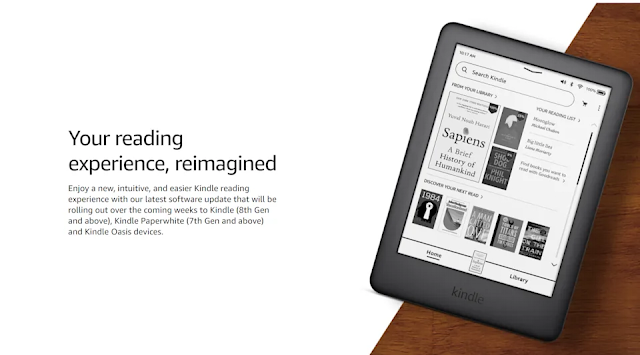 Amazon have had a spate of complaints about how the new update rearranges things and that the home-screen forces you to look at recommendations Amazon say that the layout is going to change again soon so these complaints may be premature.

Amazon will continue rolling out the new updates but Kindle users have been left bemused that there has been no official mention of a colour eInk reader as of yet. The Kindle has always led the field with eInk readers but it may start to fall behind if it doesn't get a move on with colour particularly as some companies are now selling colour eInk readers.

Below I have embedded a video from the GoodeReader which compares colour eInk to Kindle's popular Paperwhite.