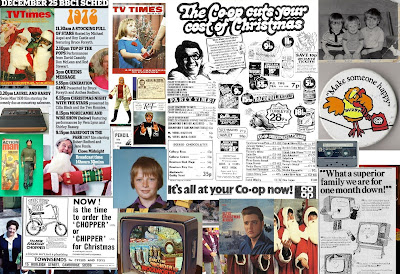 The 1970's were the decade that I did most of my comic book reading - I was five years old at the start of the decade and when it ended I was mid-way through my teenage years. This was the age to be reading comic books and although I have kept reading comics into middle age and seen some amazing use of the medium, nothing can compare to the total immersion I felt during my childhood years.

The 1970s are famous for bell-bottoms and the rise of disco, but it was also an era of economic struggle, cultural change and technological innovation.
The 1970's was an extremely active decade for British comics and many of the most fondly remembered titles came from these years - 2000AD was launched mid way through the decade, Battle Picture Weekly came a little earlier, as did Action. The latter not to be confused with the American title of the same name which showcased Superman. The UK Action was a totally different beast. In other parts of pop culture the 70's saw the birth and demise of British Punk and there was a new attitude that swept the old aside. This new attitude was reflected in UK comics, particularly in the more edgier titles published by IPC/Fleetway. Titles such as 2000AD and Action.
Top 10 Bestselling singles UK 1970s
Mull Of Kintyre
Rivers of Babylon
You're the one that I want
Mary's Boy Child
Summer Nights
YMCA
Bohemian Rhapsody
Heart of Glass
Bright Eyes
Don't Give on us baby 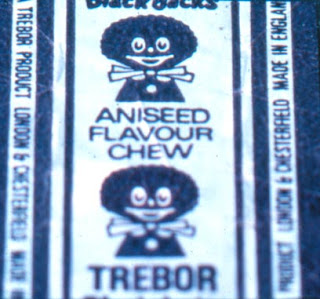 In the 1970's you could walk into any newsagents and the range of titles available were staggering - Whizzer and Chips, Cor, 2000AD, Battle, Whoopie, Tiger, Roy of the Rovers, Shiver and Shake, Action, Warlord, Bullet, Victor, The Beano, The Dandy and Look- in, are just some of the titles I can recall off hand but there were many many more, including titles aimed squarely at girls - but differing totally to the girl's comics published today. Misty, for instance, was so cool that boys would often sneak a read of their sister's copy. For 10p you could usually get two comic books as well as change to spend on a mixture of Black Jacks and Fruit Salad chews - I seem to remember getting five of these for a penny. There was no political correctness back then and anyone who suggested Black Jacks were racist sweets would have been looked at blankly, that kind of thinking wasn't in the culture then. These days Black Jack sweets have a different label, which is an example of how we are more thoughtful but I really don't think those sweeties caused any offence back then. Never would we have thought that the innocent sweets were perpetuating a  racist stereotype. Of course we know different now.
Black Jack is a type of "aniseed flavour chew" according to its packaging. It is a chewy, gelatin-based confectionery. Black Jack is manufactured under the Tangerine Confectionery Barratt brand in Spain and the UK. In the 1920s Trebor Bassett manufactured them, and the wrapper showed gollywogs on it.
If anyone had made a case against the black jack sweets back then   they would have been  tied to one of those new fangled skateboards and sent whizzing down Thomas Street - man, that was one steep street. Walking up it on a warm summer's afternoon was a bitch, even for young legs.
From the first mobile phone to the Rubik's Cube to barcodes, some of the world's greatest inventions emerged during the '70s. 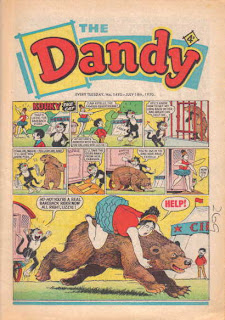 The decade also saw the emergence of new comic talent that are these days big names in Brit Comics - Pat Mills, John Wagner to name but two . The 1970's was certainly a vibrant decade for Brit comics, with sales very healthy indeed - perhaps the reasons for this was that children growing up in this decade were the last not to have computer games and 24hour television to steal their attention, from the delights of comic book reading. We had no X-Box's. Playstations or DVD players . We would never have believed the Internet and we only had three TV channels and BBC2 was filled with hippie shit in any case - least, that was how it seemed at the time.
The 1970 was the age when the unions were on the march and the socialist revolution seemed at hand, but also when feminism, permissiveness, pornography and environmentalism were transforming the lives of millions. It was an age of miners’ strikes, tower blocks and IRA atrocities, but it also gave us celebrity footballers and high-street curry houses, organic foods and package holidays, gay rights and glam rock. These were  the days when you could buy a new colour television but power cuts stopped you from watching it.

This is the dawning of the age of Aquarius, the theme of some TV show told us (and for the life of me I can't remember what that show was) and at least in terms of comic books we were entering a brave new world.


Everything seemed to be changing - the cinema had changed forever, some would say for the worse, when Jaws heralded in the age of the blockbuster and then a little, dare I say overrated movie called Star Wars changed everything. And like the rest of the world UK comics looked towards science fiction as the genre of choice.
The Seventies saw massive inflation world wide much of it caused by the Oil Crisis in the Middle East, Digital Technology is seen for the first time in consumer products including the first calculator, as technology advanced the range and function of home appliances improved.
2000AD was launched mid decade - billed as the galaxy's greatest comic the title was seemingly edited by an alien whose Spaceship had landed on earth and disguised itself as King's Reach Towers. His name was Tharg and he was a hip cat and you know he's still editing the comic now. Not real? What do you mean Tharg is not real? Get out of here.
Top 10 rated UK British TV programmes of 1970
When the decade ended and we moved towards the 1980's, a kid of the time would have been left feeling things had improved. Video Recorders were just making an appearance, Betamax and VHS, and we had the first home computer games - that these games consisted of a square pixel hitting a smaller square pixel around the screen with only two sound effects didn't matter. These were cutting edge and we marvelled at the graphics. How things would change - the two colour world of the Sinclair Spectrum was just around the corner.
The Walkman is introduced by Sony.

During the 70's it had been a cool time to be a kid and life for us imitated art or at least Star Wars and we ended the decade by seeing a female version of Darth Vader become Prime Minister. From then on it wasn't such a cool world....Even today it remains not such a cool world.

During the 1970's  Britain was mocked as the "Sick Man of Europe", a byword for decline and self-destruction. In 1976 alone, race riots disrupted the Notting Hill Carnival, the retirement of Prime Minister Harold Wilson was overshadowed by allegations of corruption, the Sex Pistols made their shocking debut on national television, and Britain had to go cap in hand to the IMF.
To commemorate the 70's in comics we present a scan of Jack Adrian's Kid's Rule OK from the controversial comic, Action. Remember click on any image for a larger version and find a full history of the UK Action comic HERE 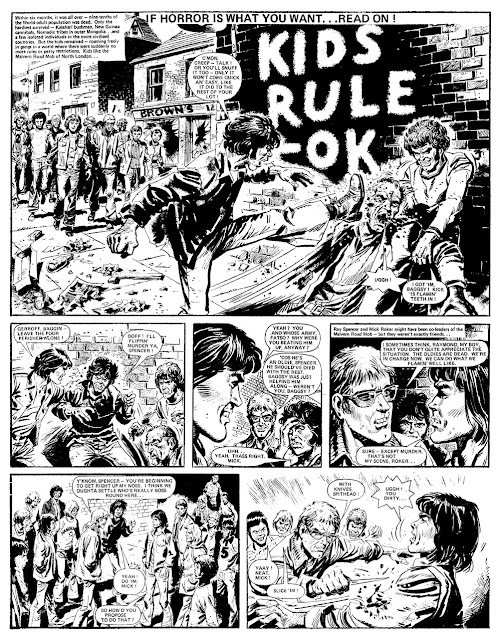 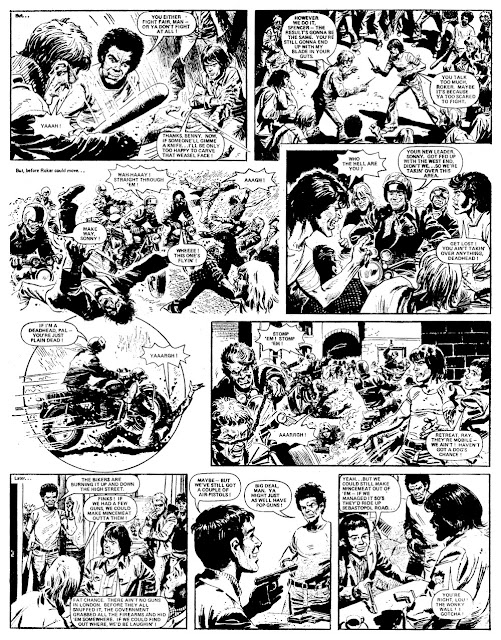 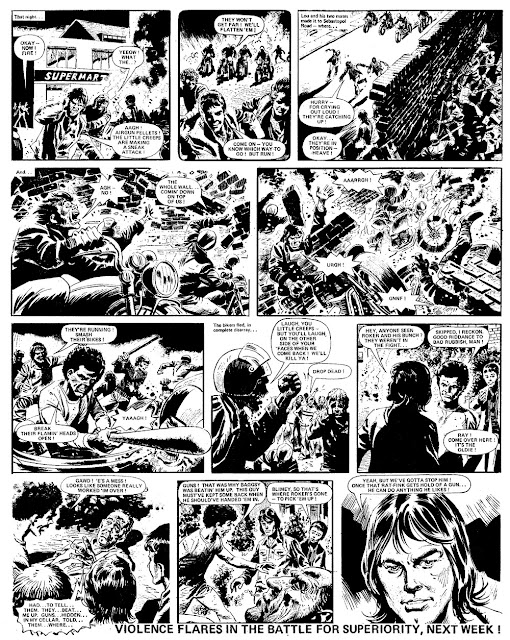