Dan Brown takes over as MOST UNWANTED AUTHOR 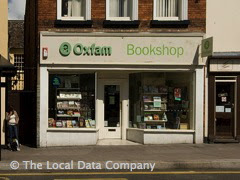 Unwanted copies of books including The Da Vinci Code and Angels & Demons pushed Brown to the top of the most donated authors list, ahead of crime writers Ian Rankin and Patricia Cornwell.
Rankin, the prolific author of the Detective Inspector Rebus series, came top of the most sold list.
He was followed by Swedish author Stieg Larsson, who penned the Millennium trilogy, and big screen favourites JK Rowling and Stephenie Meyer, responsible for the Harry Potter and Twilight series.
Meanwhile, Top Gear presenter Jeremy Clarkson became the first non-fiction author to make the annual survey's top 10 most donated list, at number eight.
Oxfam's best-selling author Ian Rankin said: ''It's great to be Oxfam's most purchased author for the second year in a row - and I'm really pleased that readers are donating my books to Oxfam too.
''Just looking at the terrible scenes from Pakistan and West Africa on our TV screens at the moment, it is clear how important the work of organisations like Oxfam is, and I'm really glad that my books are going some way to help this vital work.''
The charity's trading director David McCullough said: ''The survey illustrates the number of current titles available in Oxfam shops sitting alongside collector's items and classic volumes.
''Everyone expects to find Shakespeare and the Brontes in Oxfam shops, but our shoppers are just as likely to pick up a book from the Twilight series or one of the Stieg Larsson trilogy.
''I'd like to say a big thank you to all the people who generously donate their books to Oxfam, and to encourage everyone to think of us when they are clearing out their bookshelves.''

Posted by Gary Dobbs/Jack Martin at 06:57

I do admit to getting dragged around the charity shops by the wife and did see the full collection of Rebus books by Ian Rankin and snatched them up for 50p each. I wondered whether I felt worse about that maybe someone had died, or that I got them on the cheap. If I get rich I'll be more sturdy with my morals, until then a bargains a bargain.