JOHN WAYNE TRIBUTE WEEKEND: The best and the worse

Wayne's list of film almost total 200 titles and for every classic there are at least three more total turkeys. The list below is merely a guide to the very best of these films. Lists, however, by their very nature are deeply personal and no doubt many will disagree with my choices. 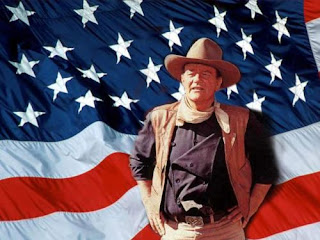 TOP TEN ESSENTIAL WAYNE:
1- The Searchers - not only Wayne's best performance but the best western ever made.

2- Red River - an excellent trail drive western with Wayne giving an outstanding performance as the aged Tom Dunson - the actor was aged dramatically for the role.

3- She Wore a Yellow Ribbon - each of John Ford's so called cavalry trilogy are equally good but this one is in colour and Wayne is once again playing an old man.

4- The Quiet Man - this romantic comedy was something of a departure for Wayne but it has to be seen, if only for the fight scene towards the end of the movie. Wayne is excellent.

5-The Man who shot Liberty Vallance - This is basically James Stewart's picture but Wayne is excellent as second lead. 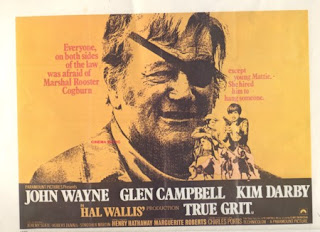 6-Rio Bravo - It was either this or El Dorado but I've always preferred this one.

7- True Grit - Wayne's Oscar winning performance is always wonderful to watch. This is also a great western for family viewing.

8-Stagecoach - even today this movie plays well and provided Wayne with his breakthrough.

9-The Shootist - Wayne's last film and a worthy swansong.

10- The Big Trail - This movie was a flop upon release but it really is a better picture than most people believe.

Whilst these movies are not up to the quality of the Duke's finest films they are damn fine movies nonetheless.

1 - Chisum - mid period, western by numbers but it's all very enertaining. The climax is excellent.

4- The Alamo - Directed by Wayne - over long and flawed but nonetheless a great example of pure movie making.

5-Rooster Cogburn - It's The African Queen out west but Wayne and Hepburn spark off each other. 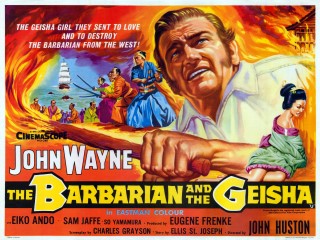 1-The Conqueror - John Wayne as Gengis Khan - talk about miscasting.

2- Seven Sinners - Wayne and Dietrich are unable to save this one from monotony.

3- Donovan's Reef - Both Wayne and Lee Marvin are wasted.

5- The Barbarian and the Geisha - if any film could do with being a lost title it is this one.
Posted by Gary Dobbs/Jack Martin at 12:04