A revolution in reading circa 1935 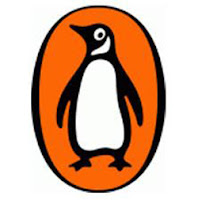 Educationally Alan Lane was said to be average – he left grammar school in Bristol at the age of 15 and was not particularly literary but this man revolutionised the entire book publishing industry. From school he went to work for his uncle at the publisher Bodley Head and he immediately took to the job but he felt that the publishing industry could be much bigger than it was.
It was Lane who started the iconic publishing house, Penguin - The idea for the publishing house came when Allen was waiting for a train to take him from Exeter back to London. He went into a bookshop to look for something to read and all he found were badly produced, low quality books with gaudy covers. He realised that there was a gap in the market for high quality, well-designed paperbacks available to everyone at the price of a packet of cigarettes. The books had a uniform look and were indeed priced cheaply – the first books cost sixpence.

Paperback were not a new idea but most of the books on the market in those days was totally forgettable – what Lane decided was that the new line would print quality books, the kind one would usually find in hardcover, at an affordable price

“'We believed in the existence in this country of a vast reading public for intelligent books at a low price, and staked everything on it.”
Allen Lane

The first Penguin paperbacks appeared in the summer of 1935 and included works by Ernest Hemingway, Andr. Maurois and Agatha Christie. They were colour coded (orange for fiction, blue for biography, green for crime) and cost just sixpence, the same price as a packet of cigarettes. The way the public thought about books changed forever - the paperback revolution had begun.

Penguin became a separate company in 1936 and set up premises in the Crypt of the Holy Trinity Church on Marylebone Road, using a fairground slide to receive deliveries from the street above. Within twelve months, it had sold a staggering 3 million paperbacks. Traditional publishers tended to view Penguin with suspicion and uncertainty, as did some authors but by now the writing was on the wall and the paperback was going to fast become the dominant selling medium for books of all kinds.

During the war there was a slip inside each paperback that asked the reader to drop the book off at a post office when finished with it, so it could be sent to the troops. This resulted in Penguin being given a much more generous paper ration from the government than most other publishers.

“A Penguin could fit into a soldier's pocket or his kit bag. It was especially prized in prison camps.”
Martin Bell

During the Sixties Penguin had long lost the monopoly on cheap but paperbacks of quality, but the company continued to push the envelope. Their choices of acquisitions were daring and led to the celebrated obscenity trial over Lady Chatterley’s Lover. Penguin was charged under the obscene publications act but fought back and was acquitted, marking a turning point in British censorship laws. People formed huge queues to buy the book and Penguin sold 2 million copies in six weeks.

When Alan Lane died in 1970 tributes flowed in from the literary world – a far cry from the early days when it was thought that Lane’s paperback revolution would cheapen and destroy the publishing industry. It’s now been 75 years since Lane first set up Penguin and once again we are looking at another revolution in reading but this time it is a paperless medium that challenges the dominance of the traditional industry and much the same things that were said about the paperbacks are being said about eBooks and make no bones about, for just as paperbacks prospered then so too shall the eBook.
Worth reading:

Penguin Special: The Life and Times of Allen Lane
Jeremy Lewis
ISBN: 0670914851
Synopsis
A stocky, dapper Bristolian who left school at the age of sixteen to work for his uncle at The Bodley Head and went on to found Penguin Books, Allen Lane was the greatest publisher of the twentieth century, and a major influence on the cultural and political life of post-war Britain. He did not invent the paperback, but he revolutionised our reading habits by his insistence that the best writing in the world should be made available for the price of a packet of cigarettes.
Though never a bookish man himself, Lane was adept at sensing the spirit of the age and always ready to follow his hunches: he commissioned Nikolaus Pevsner to write the Buildings of England, gave his backing to John Lehmann's Penguin New Writing, arguably the finest literary magazine of its times, risked prosecution by publishing James Joyce's Ullyses for the first time in this country, and a quarter of a century later appeared at the Old Bailey to defend Penguin's publication of Lady Chatterley's Lover, thereby anticipating the liberal reforms of the 1960s.
A mischievous, quixotic, oddly endearing figure who loathed meetings and paperwork - a German visitor was shocked to find an editorial meeting taking place in a rowing boat, and well lubricated with gin - Lane combined ruthlessness with affability, courage with moral cowardice, loyalty with unpredictability. Few publishers are remembered after their lifetimes: Allen Lane is a rare exception to the rule.

Posted by Gary Dobbs/Jack Martin at 11:08