The writer's lifeline that is PLR is under threat in the latest wave of government cuts. Writers need to stick together and lobby their MP's on this vital matter - the petition referred to in the article below can be found HERE 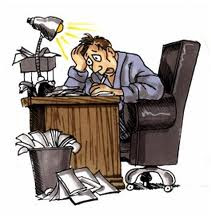 Authors have been urged to petition the government in order to protect the Public Lending Right, a "significant and much-valued part of authors’ incomes".
The Society of Authors and the Authors' Licensing and Collecting Society have written a petition for authors to sign at www.alcs.co.uk/petition. Authors are also being encouraged to contact their local MPs either by writing to them or by email supporting the case for PLR funding to be ring-fenced against further spending cuts.
Both organisations fear the right could be at risk due to budgetary pressures at the Department of Culture, Media and Sport. According to the ALCS, if the fund is cut by 3% next year, it will mean that in real terms PLR funding will have fallen by more than 10% over the past three years. The SoA said PLR "gives effect to a legal right and is not a subsidy".

In a letter to its members, the Society of Authors' general secretary Mark Le Fanu said: "Our main aim is to demonstrate a high level of support for PLR and make Department of Culture Media and Sport aware that if it undermines a scheme that is particularly precious to writers there is likely to be a very strong reaction."

In a statement, the SoA said: "[Public lending right] provides working writers with a modest income when their books are read by library users free of charge. PLR is particularly important to authors whose books are sold mainly to libraries and to those whose books are no longer in print but are still being used."

"Press coverage tends to focus on a few successful authors, yet most struggle to make ends meet. PLR provides a significant and much-valued part of authors’ incomes. The £6,600 upper limit ensures that the fund helps those most in need."

Email ThisBlogThis!Share to TwitterShare to FacebookShare to Pinterest
Labels: PLR