THE COMPLETE LITERARY 007 - From a view to a kill

Being the first story in the short story collection entitled, For Your Eyes Only. 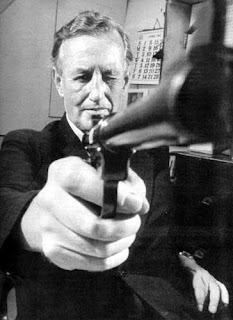 The title of this story was used for the 1985 James Bond movie, but other than sharing a title there are no similarities between the both. Fleming's sweeping style is very much evident here and the author works well with the brevity of a short story - From A view to a kill, opens with a dispatch rider burning up the road on his BSA M20, but all is not what it seems with the rider, for although he is dressed in the uniform of  The Royal Corps of Signals he has a Lugar strapped to his fuel tank. He approaches another dispatch rider and coldly guns his down and then vanished but not before stealing the dead man's wallet in order to make this look like a robbery.

When we first come upon Bond he is in Paris, torturing himself with alcohol and dark thoughts after a failed mission in Hungry - we learn that he doesn't like to think of his childhood and dislikes Pernod because its liquorice taste reminds him of those days.

"It had been a question of getting a certain Hungarian out. Bond had been sent by London specifically to direct the operation over the head of Station V. This had been unpopular with the Vienna Station. There had been misunderstandings - wilful ones."

Bond doesn't like failure and he intends on getting drunk and finding himself a girl - however this is not to be when Bond is called back to duty to investigate the death of the dispatch rider. 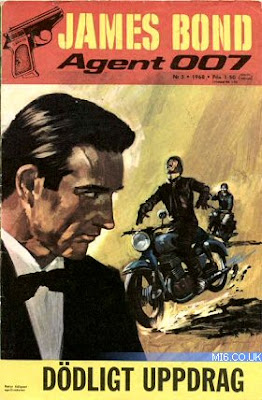 From a view to a kill is more a novella than a short story and it is structured much the same as the full length novels. And zings along at great speed - can be read in one sitting and leaves the reader satisfied. And this is, I suppose, what it is intended to do.
at September 28, 2010