Jack the Ripper - The Solution awaits 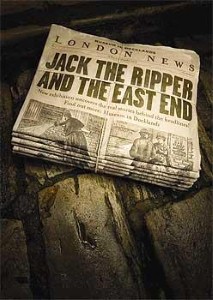 Patricia Cornwell in her mega selling book, Portrait of a Killer fixated squarely on painter, Walter Sickert and presented a wealth of evidence to suggest that he was the fiend responsible for The Whitechapel Killings, that he was indeed Jack the Ripper. Before her Stephen Knight had in his, The Final Solution provided a link to the brutal murders and the British Royal Family.  In the early 1990's we were asked to believe in the sensational find of the century when Jack the Ripper's Diary turned up in Liverpool, but after some initial excitement the book has been denounced as a fake. Over the years there have been a long list of names suggested as to being the Ripper, but in all these names never has the theory given in my novel, A Policeman's Lot been put forward. Is this because the suspect has been pulled out of left field? Hell, no - the name I have put forward in my novel has been associated with the case since the murders were first investigated.


Why then has this name never come forward before?

Well, simply because it turns all the previous theories, all the speculation and indeed the killings themselves on their head. It provides a credible explanation for what happened during that autumn of terror. Was the Ripper real or an invention of early tabloid journalism?

But it's a work of fiction, right? 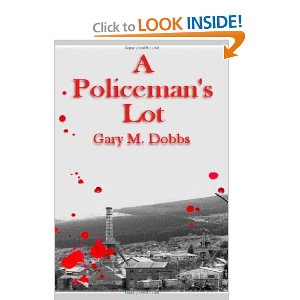 Indeed it is, but I firmly believe the basic concept behind the plot - that Jack the Ripper was never discovered because....well, that maybe giving too much away. The book's out there - in PRINT and eBook. It's had a number of good reviews and I've had several readers give me the grand praise that they couldn't put it down.

It's been out digitally for the best part of a year and in print only a few weeks. It's sold a few but has not reached the audience I genuinely feel it deserved. Why? Blowed if I know - I keep pushing it in posts such as this and reviews have been turning up on Amazon. Hopefully it's a slow burner and it will explode anytime soon.

Should I give away the name of the person I have identified as the Ripper, I wonder? The book is not so much a whodunnit after all and the reader knows a few chapters in who the guilty party is, but it is only when the book has played out that all the elements come together, and a credible explanation is found. I feel that if I gave away the identity of the suggested killer here that it would push sales, but I'm not going to. Although I secretly hope some reviewer will let the cat out of the bag and start a debate. 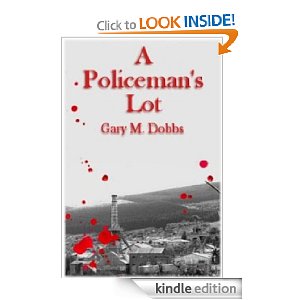 And so all I can say is that the book is the result of several years of research into the Ripper Killings and leave you with some quotes from the various reviews. But if anyone does buy a copy then I thank you and hope you will see fit to leave a review on Amazon - even if you hate the book. Though without wanting to sound arrogant I don't think that will be the case. Click on the relevant image for either the print or eBook version.


And so those reviews:


Dobbs has done his research and packs a lot into his novel. We become immersed in a time and place on the cusp of the twentieth century. Old methods of law enforcement are yielding with the introduction of new technologies. Economic changes create new problems and social pressures.


What an end.  The author uses Parade and Buffalo Bill to offer his own truly unique solution to the greatest unsolved serial killer mystery in history.


The colour of the setting, the atmosphere and the characterization are all top-class. The story starts rather low-key, but once you get to the killings, everything steps up a notch and grabs you by the throat. A "historical police procedural" is the most effective way I can describe it. The storyline's multiple, concurrent strands reminded me a bit of the J. J. Marric (John Creasey) Gideon books, as did the well-observed "common people" characters. The difference here is the way they're thrown into greater relief by their contrast with the celebrated Buffalo Bill and his show people. Your choice of this background for your first Pontypridd novel was a stroke of genius. From Keith Chapman AKA western writer, Chap O'Keefe


Another review from THE MACK CAPTURES CRIME WEBSITE - Police Inspector Frank Parade prepares for duty after the last good night's rest he will enjoy for a while. For Parade, the policeman's lot is to maintain order in a six mile area with a handful of constables. But today is going to be more hectic than usual: several hundred cattle have to be moved through town on market day and Buffalo Bill's Wild West Show has just pitched camp. This is just the beginning of Parade's problems which will include deaths, robberies, fights, an escaped convict, illicit tavern activity, an overly attentive landlady, and a revelation in the Jack the Ripper case.

The hook that gets readers' attention is the connection to Jack the Ripper and a satisfying and well set hook it is. But A Policeman's Lot is, at its core, a police procedural. Pontypridd in 1904 was cosmopolitan in many respects but still retained a frontier flavor: ...the streets were often lawless -- river traders, gypsies, pickpockets, drifters, even escaped convicts had to be contended with. The story follows Inspector Frank Parade as he puts in long hours monitoring the activities in town, investigating crimes, and schooling a likable but inexperienced young constable. At the time and place the book is set, the police were still developing as a professional organization and didn't have a widespread trust among the public, telephones were not widely available making communication over distances a problem, and forensic analysis was limited. In this environment, the police had to rely on techniques still used today: collect evidence, interview everyone, observe, find patterns.

Frank Parade makes for a quite interesting character. I see him as the kind of man that made the British empire -- brave, honorable, and dedicated to service. As a soldier, he saw action in the Second Boer War then traded Army khaki for the blue of a policeman. He is unwavering in his defense of the law, sets high standards for himself and his men but is not a martinet. Watching the sober Frank deal with the freewheeling Wild West Show made for a fun study in contrasts.

About the Ripper connection I'll only say that it fits nicely into the story and has enough fact to make it a credible plot line. It also lets us see Parade performing good, solid police investigation. I checked some of the Ripper forums after I finished the book and was astonished at the passion with which the case is studied.

A Policeman's Lot is an entertaining story that brings together one of the last icons of the American West, a look at British police work while the force was still in its infancy, and one of the most widely known murder cases in history. I highly recommend it to readers who enjoy historical crime fiction and police procedurals.

Posted by Gary Dobbs/Jack Martin at 16:57