The Tainted Archive  has a cause to support – The Classic Horror Campaign. 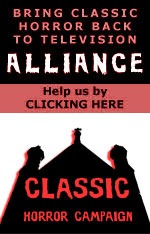 The campaign run by two people ,who we are so glad have too much time on their hands, is a pressure group to bring back classic horror double bills to television screens. And they’ve already been making inroads – holding their own film festivals, appearing on public radio and getting some great mentions in the national press, both in the UK and US.
The team behind the online Classic Horror Campaign hopes to persuade Auntie Beeb to pick up the baton. Their argument is simple: show them on BBC4, the home of alternative programming, intelligent documentaries and off-kilter movies. 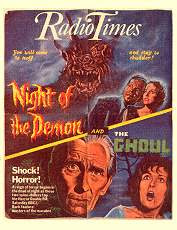 I’d certainly like these guys to succeed – I’m old enough to remember the days (nights) when Saturday late night television would include a horror double bill. So popular were these double bills that I can remember them being featured on the cover of the Radio Times – a big deal in the days when the Radio Times was the only BBC listings magazine on sale. 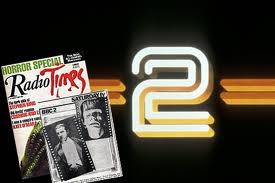 And for anyone outside the UK confused as to why a TV listings magazine should be called the Radio Times, the answer is simple – the magazine started off in 1923 without TV listings because the damn thing hadn’t been invented yet, and when TV came and overtook radio as the medium of the masses, the magazine wisely never changed its name. The magazine is still being published today.
But back to the point – we want to see those days recreated and fully support the Campaign for Classic Horror.
Posted by Gary Dobbs/Jack Martin at 00:24

Email ThisBlogThis!Share to TwitterShare to FacebookShare to Pinterest
Labels: campaign for classic horror

thanks for sharing this site. you can download lots of ebook from here

Thanks for sharing! I also downloaded some great e-books from all you can books. I hope that this campaign will be a success!