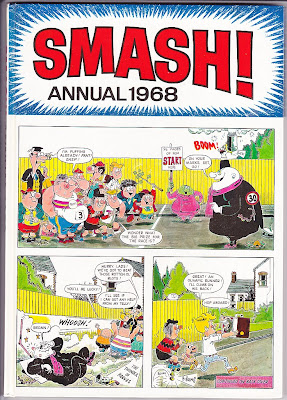 Let's jump into the Archive's time machine and go back to the time they called, The Sixties for this week's comic.

This week's offering comes from another Odhams annual of the 1960s and features Smash! comic's Legend Testers, Rollo Stones and Danny Charters, whom we have featured before at the Archive. It was written by a young Keith Chapman, long before his "Chap O'Keefe" western novel days, pursuing a writing and editing career in London.


He says, "Writing westerns, indeed, any form of historical fiction or story based on accepted myth, was vastly different in the middle years of last century. For me, hunting for good ideas that hadn't already been done to death by other scriptwriters meant trawling through musty tomes. I found the story of Eustace the Monk in a nineteenth century book that had been my grandfather's. Today, anyone can learn far more about Eustace in moments simply by going to Wiki. So I won't bother to haul heavy boxes up two flights of stairs to my office. But I guess it would be fun sometime to look through that old history book. Then I could work out exactly how I developed the facts recorded there into what I hope some will still find an imaginative fantasy yarn...."

We've also reproduced the front and back covers from the Smash annual for your interest and enjoyment.

Remember double click any image for a larger version. The Archive's previous, Legend Testers strip can be found HERE 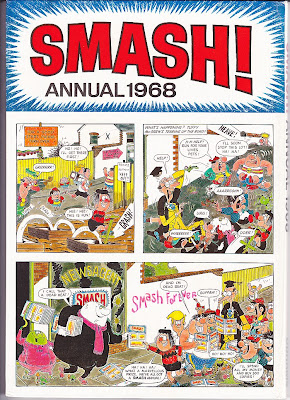 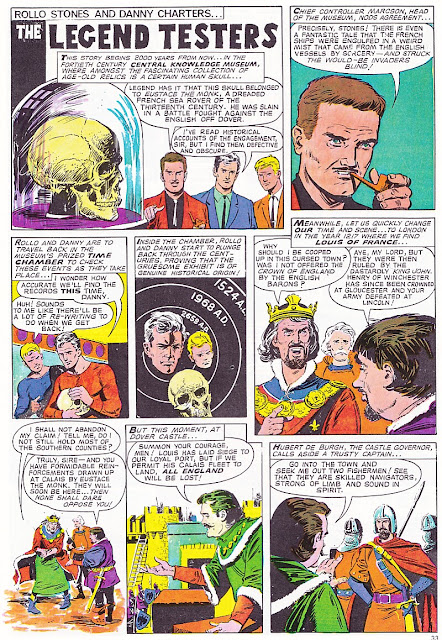 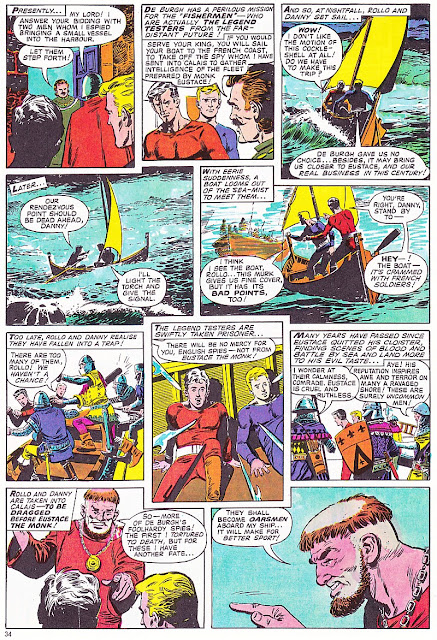 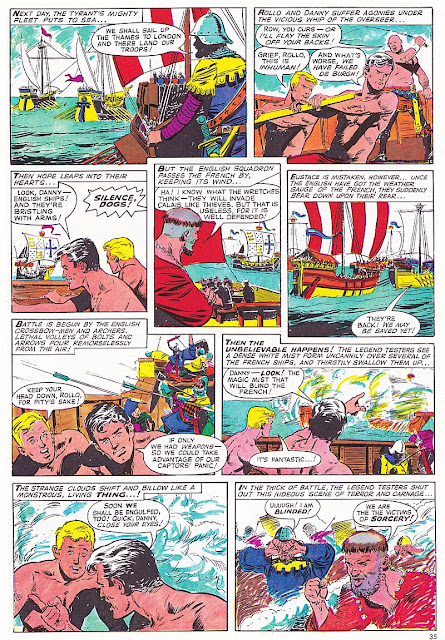 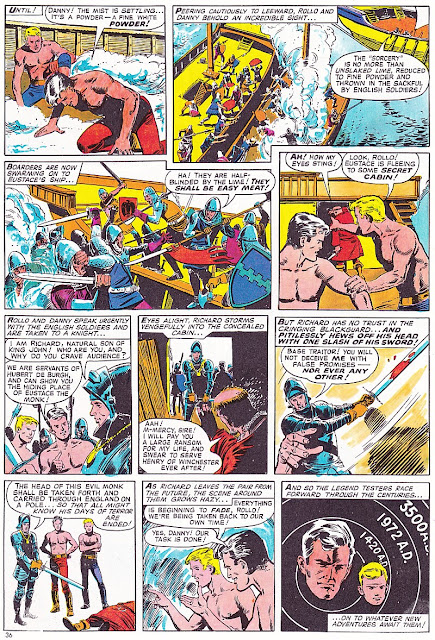 Posted by Gary Dobbs/Jack Martin at 01:43