Wilt in Nowhere by Tom Sharpe 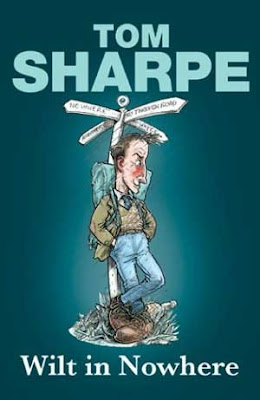 Wilt in Nowhere
Tom Sharpe
Available in both print and eBook


There are many kinds of heroes - there are the strong silent types as personified by the characters John Wayne used to play, the good/bad guys like Han Solo and Batman, the suave action men such as James Bond and Simon Templar, and then there's, er - Henry Wilt. A true champion for our troubled times, a small man biting back at bureaucracy and the insanity of modern life.

This is the first Wilt novel in over twenty years and although not quite as laugh out loud funny as the original trilogy featuring the character, the book has a lot going for it. Wilt has not changed in the slightest since he's been away and nor has the world he inhabits - it's a kind of alternative seaside postcard Britain that Political Correctness completely bypassed. The  jokes are aimed at all the old targets - homosexuals, the ruling classes, Americans, psychiatrists, kinky politicians, liberals and any authority figure that happens to be at hand.

The British fascination with schoolboy innuendo is running through the DNA of this book.

One of the highlights of the first Wilt novel was the brilliantly written exchange between Wilt and his nemesis, the policeman Flint, and there are several exchanges between the two in this book, though Flint's funniest moments this time out are when he is confronted by Wilt's formidable wife, Eve. It's been some years since I've read the original Wilt novels but Flint's character seems to have mellowed over the years and now he even refers to Wilt rather fondly as, "Wilty", which, I must admit, I found rather off putting. 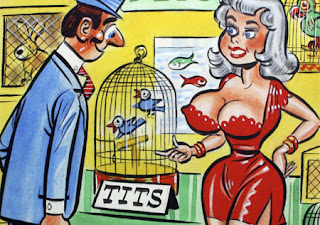 The plot sees Wilt getting out of a trip to America with his wife and four lovely daughters, and instead setting out alone on a walking holiday to rediscover the England of old. And as expected misunderstanding builds on misunderstanding and very soon chaos reins. Wilt finds himself up to his neck in trouble involving ferocious dogs, paedophiles, arson and bondage gear while his wife is being investigated by the drug enforcement agency while his children are causing an international incident in the USA.

There are several stand out moments where it's difficult not to laugh out loud, and the book moves at a ferocious speed so that the reader doesn't get a chance to reflect on the absurdity of it all. If you liked the original Wilt novels and have missed Tom Sharpe then this book will be a treat - true it's not quite as funny as the classic originals, but it's still a great read and highly recommended to anyone who fancies a good comedy.

Posted by Gary Dobbs/Jack Martin at 22:02