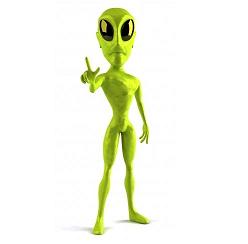 I found the link to this article on Bill Crider's pop culture blog, and even although it comes from The Daily Mail newpaper I thought I'd post it here as it is of interest to Archive readers - least it's one of those Earth visited by little green men stories,that we enjoy. Mind you if aliens did ever visit Earth it is a safe bet that the Daily Mail would be concerned about them claiming benefits and overloading an NHS not geared up for treating aliens. Before we know it we would be overrun by little green men taking all our jobs and council houses. You'd have little green homeless men spoiling our parks and stealing our women - once you've had green you ain't ever going back.

From the Daily Mail - A mysterious circle on a grainy scan, this is what scientists are claiming is finally evidence that Earth has been visited by aliens.
Researchers have claimed the fuzzy outline is a flying saucer that ended up 300ft down on the ocean floor between Sweden and Finland.
They were stunned when sonar scans taken while searching for a century-old wreck showed up the shape against the dirt. 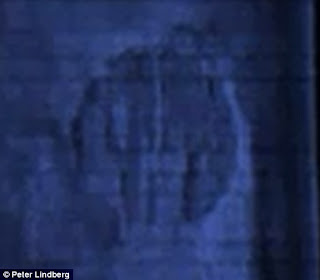 The ocean exploration team which found it claims that the earth around the craft has been scarred, suggesting it has tried to move around.
Lead researcher Peter Lindberg also suggested that another explanation could be that it was 'a new Stonehenge'.


The 'discovery' has sparked a flurry of speculation by UFO watchers and bloggers.
Some have even suggested it resembles the Millennium Falcon from the Star Wars series, with its distinctive front forks and round shape.
Newspapers in Sweden have put the story on their front pages and asked if this is really the first sign of extra-terrestrial life.
The shape was found at the bottom of the Gulf of Bothnia during a search for a sunken wreck which contained several cases of champagne.


Check out the original article including a video HERE

Posted by Gary Dobbs/Jack Martin at 05:13