The Sickest Writer on the planet - Shaun Hutson interview 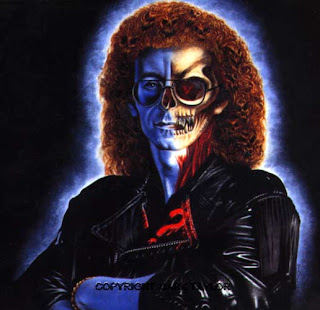 till doing it. After being expelled from school he fell into a number of jobs, none he could hold for too long - shop assistant, cinema usher and a barman. Indeed if he hadn't taken the plunge and become a full time author in 1983 then Shaun would probably still be on that treadmill of job after job. He's writtern in every genre imaginable westerns, war, crime and he's still bucking the system and where most of his contemporaries from the horror boom period of the 80's have vanished he's still here, alive and kicking and selling books.

Biographical details are scarce but there is some information on Shaun's official website.

He is a reformed alcoholic with diagnosed psychotic tendencies, is very unsociable and likes to shoot pistols for a hobby, he has appeared on stage with his rock band idols, Iron Maiden on numerous occasions, has received death threats in relation with his work, supports Liverpool and never misses a home game and a quote on one of his books once said, he (Shaun) has done for literature what Hitler did for Poland.

Before starting the interview Shaun was pleased to see I am published by Robert Hale and informed me that he started out with Hale many years ago.

" I used to be published Robert Hale 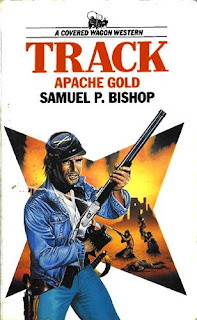 (I’m sure I mentioned it). I did eleven war novels for them when I first started writing and will always have a soft spot for them as they published my first ever novel BLOOD AND HONOUR. Anyway, enough of that, on to your questions… "

TA: I've often heard you called the sickest writer on the planet. How does this make you feel?


SH: I have no objection at all to being called the sickest writer on the planet, just as I ne 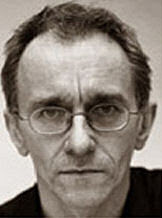 ver objected to the other nicknames like The Godfather of Gore, the Shakespeare of Gore and stuff like that. I suppose it’s better to be remembered as something. It depends on your definition of sick really. Writing horror all these years I suppose I’d have been more pissed off if people had labelled me “a really nice writer”. So, feel free to call me sick.


TA: You're sick - seriously you have survived the horror boom years of the 80's when so many of the other once familiar names have vanished. Why is this do you think?


SH: It’s just a pity those horror boom years ever went away. I’ve said it many times before and I’ll keep saying it but I think horror is a dead genre (it certainly is as far as publishers are concerned). Stuff like Twilight has been successful but it all seems to be vampires and werewolves. The shelves are covered with shit that looks like it was inspired by the Underworld films which were bad enough anyway. There’s no traditional horror being published anymore, not by big publishers anyway. They’re all too busy with crime and serial killers. It’s almost as if they’re saying “see we were right all those years ago to turn our noses 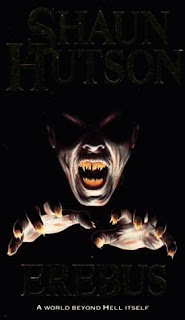 up at horror.” Bastards. I haven’t a clue why I survived and some other authors fell by the wayside. Probably because my fan base is so loyal. My readers are different. A cut above the rest and they’ve always supported me no matter what I’ve done and I’m grateful for that.


TA: In recent years you seem to have branched out into crime. Do you prefer writing crime or horror?


SH: Lots of people have told me I’ve been writing crime but I can’t say as I’ve noticed. I just write my new book every year, I never think which category it’s going to fall into. I write about what interests me at the time, what grabs me as a writer. I never think about current trends or stuff like that. I just do what I want to do and hope that people will like it. That’s what I’ve always done. If I had any sense I’d be trying to write fucking detective novels or books about forensics and serial killers because that’s all publishers seem to want but I’ve never made that cross over into the thriller genre because bookshops are too intent on putting authors into their ready made categories. The book business is so regimented as far as defining authors goes. Once you write two books in one genre that’s you stuck there for all time in the eyes of the book business.

TA: One of your most successful books, Slugs was turned into a movie. It was dire and I've heard you've disowned it. Why?


SH:I don’t think I ever disowned SLUGS the movie but I always made sure that p 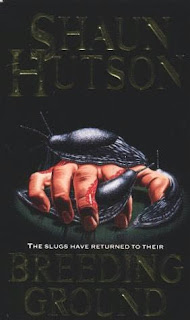 eople knew I had fuck all to do with it. The thing is, when you sell film rights you know that what turns up on the screen is going to be nothing like what you originally wrote (unless you’re fucking J.K. Rowling) so you just accept it. Or you should. It makes me sick when I hear authors moaning about how bad adaptations of their books are. I just think, they paid you shit loads for the rights, shut the fuck up and enjoy it. Having said that, the company that made SLUGS didn’t even pay me enough to soften the blow but what can you do?


TA: During the Eighties you cut quite a flamboyant image for a writer, what with appearing on stage with rock icons, Iron Maiden. Are you still Maiden's biggest fan?

SH: I’m pretty sure that Iron Maiden have got lots of fans more devoted than me. I love their music though. I have since their very first album and getting the chance to meet them and work with them on and off over the years h 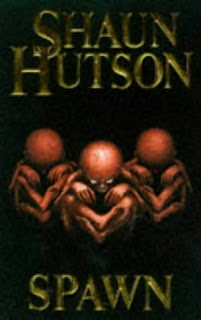 as been wonderful. We’re all about the same age and they’ve managed to survive all the trends that have come and gone, just doing what is so recognisably their style and I’d like to think that there are similarities between the two of us (apart from the fact that they’re multi-millionaires…) in as much as they’ve remained faithful to their audience and never sold out.


TA: When I was in my late teens, the Eighties again, shops were full to the rafters with horror novels but these days the genre is far less visible. Where do you see the future for horror?


SH: I’m not sure the horror genre has got a future to be honest. Not with big mainstream publishers. It’s weird because there are so many horror films at the cinema and yet, for the only time in my life as a writer, that trend hasn’t been adopted by the publishing business. Horror films appear by the dozen every year and yet the publishers still cut back on their horror and bookshops stock less and less of it. It’s very depressing. They obviously need more shelf space for all the crime novels and the truck loads of ghost written fucking celebrity books that now pollute our bookshops. When Jordan can have the number one selling novel and Chris Moyles autobiography is a best seller then you know how deep in the shit the book business is. And how bad a state society in general is in for that matter…but anyway…


TA: Writers you yourself admire?


SH: I don’t read fiction so I can’t really say. Well, not new fiction anyway. If I read new books then it’s non fiction but as for fiction, other than Thomas Harris, I can’t be bothered (as he only writes one every seven years it’s not too much of a stretch). I’ve just re-read LEGION by William Peter Blatty who was a wonderful writer and I’m reading a novel by Jim Thompson at the moment (written in about 1954, I think). I read Raymond Chandler sometimes and occasionally some older short stories but other than that I don’t read fiction unless it’s something that really leaps out at me, like something I notice in the review pages of the paper (I started reading a book called The Chatelet Apprentice around Christmas but never finished it) I never, if I can help it, go in bookshops either so most of the stuff that’s on my shelves is about seven or eight years old.


TA: Slugs is a total gross out novel, great fun and at the time it was published we had already been terrorised by rats, crabs, cats and seemingly every creature under the sun. What made you chose to write about slugs?

SH:To be honest, it wasn’t me who chose to write about Slugs. I wanted to do it about leeches (because of the vampire possibility too) and my agent of the time who’d read a novel I wrote called Deathday that featured a giant slug said why not do a novel all about slugs. I couldn’t see the mileage in it until I started researching and, happily, as usual he was proved right and I was wrong. The slugs novels were great fun to write and Slugs will always be very dear to my heart because it is the novel I’ll always be remembered for. I could win the Booker Prize (well, not really, I’m joking but you know what I mean) and I’d still be known at the bloke who wrote slugs but like I said before, it’s nice to be remembered for something. I’ve got nothing against them in real life by the way but I do find them pretty revolting. But so do lots of people. Maybe that was why the book worked.


TA: And finally will the mutated slugs ever return?


SH: I can’t imagine there’ll ever be another Slugs book. Not unless we could all get in a time machine and go back to the 80’s (not a bad idea…). It was always intended as a trilogy…(sorry..) but I can’t see the third one ever being done now, certainly not with the demise of the horror genre in general but I must admit, it would be nice to do it. I think I’ve still got the plot lying around somewhere….Or maybe I will get around to doing that one about leeches eventually…Actually, I wrote a scene in my new novel the other day about a guy having a nightmare about slugs…maybe it was an omen….


Watch this space as they say - The Tainted Archive thanks Shaun for his time.

Posted by Gary Dobbs/Jack Martin at 05:07