Fangoria returns from the grave 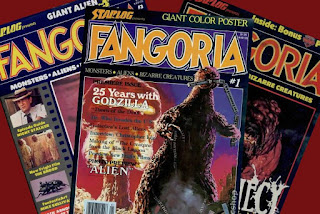 “Some kids want to grow up to be star athletes, I wanted to be a horror novelist. That was the dream. I always knew I wanted to be some kind of writer but then, when I was thirteen, my mother bought me a paperback of The Shining from the drug store. I’d read those “Great Illustrated Classics” all throughout my childhood, but The Shining was the first unabridged, uncensored, honest-to-goodness adult book I read and when I was done with it I knew for sure, yeah, I want to be a horror writer. And now it’s happening.” Preston Fassel told Dread Central regarding the forthcoming publication of his first novel. Not only is he to see his book in print, but he is to have the honour of being the first author published under the new, Fangoria Presents imprint.

The book in question is Our Lady of the Inferno and although it was previously available as a eBook, the Fangoria edition will see it in the mass market. 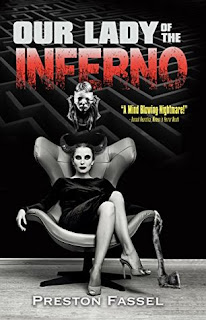 Fangoria of course is the American horror magazine which was first published in 1979 and is arguably the most prominent horror title of them all. Over recent years it looked as if the title would vanish from print all together - It's last print issue, number 344, hit the stands in October of 2015, and .that it seemed was it for the magazine. However the news recently broke that the print magazine will return this coming October as a luxury quarterly publication. The Fangoria brand has been purchased by the Texas-based entertainment company Cinestate, and they have confirmed that the magazine will now be published quarterly, beginning in October of 2018, with subscriptions available at fangoria.com.

There is more exciting news from the Fangoria camp - it seems  that not only are they coming back as a quarterly magazine but they’re also launching Fangoria Presents, a label dedicated to releasing branded books and films! To kick off this new venture, the label has announced Fangoria Presents #1 as Preston Fassel’s Our Lady of the Inferno, a novel that will be released this September.

Posted by Gary Dobbs/Jack Martin at 13:37

Email ThisBlogThis!Share to TwitterShare to FacebookShare to Pinterest
Labels: fangoria