Book Review: Where the Dead Walk by John Bowen 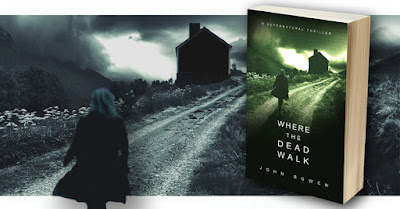 This book was independently published by the author, using Amazon's self-publishing system, and it shows the strengths of Amazon's opening up the road to publication for those without the support of a major publisher behind them - Where the Dead Walk is a truly captivating horror/supernatural thriller that holds the reader, vice like in a grip of pure suspense. It would be a terrible shame if a book as good as this was denied an audience on the whims of the publishing industry. As it turns out their loss is the reader's gain and I urge anyone who fancies a supernatural novel, that is well done, stays just the right side of ridiculous and will keep you guessing until the final page to give this book a try. It's reminiscent of James Herbert at his best, and the author is most certainly a name to watch.

Where the Dead Walk, is the name of one of those sensationalist reality TV shows that deal with the supernatural - think TV's Most Haunted and Ghost Hunters and you won't be far from the mark.  The show is hosted by Kate Bennett, a woman with a lot of personal tragedy hidden in her past.  When Kate and her producer, Henry are approached by the enigmatic Sabastian Dahl who had a property he claims is haunted, things take a turn for the weird. 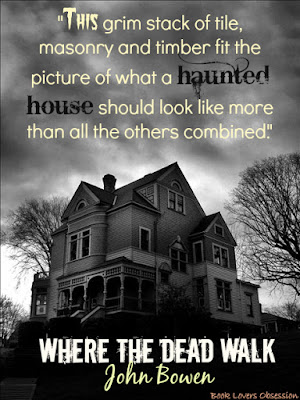 There was a time when I read a lot of horror fiction, but over recent years I've not kept up with the genre and so I'm not sure why I decided to read, Where the Dead Walk. I'm glad I did though. I liked the idea of the reality TV show - it made it natural for the characters to stumble into a genuine case of the supernatural and helped the plot to avoid many of the cliches of the well worn haunted house story. In fact the cliches that are used here seem perfectly natural since the TV show at the heart of the plot relies on cliche, bumps and bangs and sudden changes in temperature.

It does everything a book like this should, and many is the time when I felt a shiver run down my spine while reading. To sum up then, Where the Dead Walk is bloody brilliant.

Posted by Gary Dobbs/Jack Martin at 06:18