Cheyenne, will your heart stay free and light 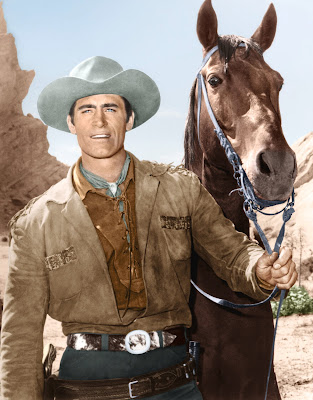 Clint Walker, a true western icon, died this week at the age of 90. His death was confirmed by his daughter, Valerie Walker, who said the cause was congestive heart failure. Mr. Walker lived in Grass Valley, about 60 miles northeast of Sacramento.

For seven seasons from 1955-61, he played Cheyenne Bodie, a rambunctious wanderer in the post-Civil War West, on the ABC series Cheyenne.He also reprised the character in an episode of  Maverick.

Walker was also a singer. He sang a number of tunes on a 1957 episode of “Cheyenne,” issued a Christmas album in 1959, performed on an episode of “The Jack Benny Program” in 1963 and sang in the film “Night of the Grizzly.”

Next to his iconic role in Cheyanne he was probably most famous for his turn as one of the convict soldiers in Robert Aldrich’s star-packed 1967 classic The Dirty Dozen.

The Dirty Dozen were: 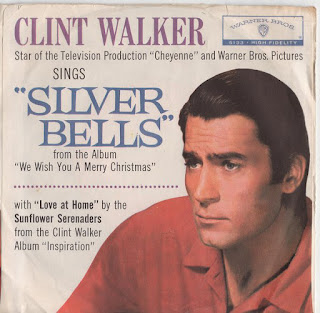 Rest in Peace, Sir...an impressive body of work is left behind.
Posted by Gary Dobbs/Jack Martin at 16:44