Phillip Marlowe is on the way back to the big screen 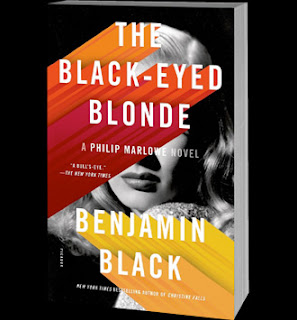 Liam Neeson is to don a fedora and walk the mean streets for a new movie based on Chandler's writings - well, actually the forthcoming movie, Marlowe is actually based on the novel, The  Black-Eyed Blond written by Benjamin Black, the pen name of the Irish writer William John Banville. The highly praised book continues the adventures of Chandler's tarnished knight

"It was one of those summer Tuesday afternoons when you begin to wonder if the earth has stopped revolving." So begins a new novel featuring Philip Marlowe--yes, that Philip Marlowe. Channeling Raymond Chandler, Benjamin Black has brought Marlowe back to life for a new adventure on the mean streets of Bay City, California. It is the early 1950s, Marlowe is as restless and lonely as ever, and business is a little slow. Then a new client is shown in: blond, beautiful, and expensively dressed, she wants Marlowe to find her former lover. Almost immediately, Marlowe discovers that the man's disappearance is merely the first in a series of bewildering events, and soon he is tangling with one of Bay City's richest--and most ruthless--families. 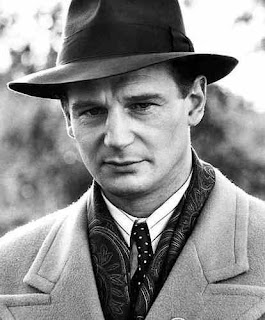 The book has received praise from none other than Stephen King who wrote, “Somewhere Raymond Chandler is smiling, because this is a beautifully rendered hardboiled novel that echoes Chandler's melancholy at perfect pitch. The story is great, but what amazed me is how John Banville caught the cumulative effect Chandler's prose had on readers. It's hard to quantify, but it's also what separated the Marlowe novels from the general run of noir (which included some damn fine novelists, like David Goodis and Jim Thompson). The sadness runs deep. I loved this book. It was like having an old friend, one you assumed was dead, walk into the room. Kind of like Terry Lennox, hiding behind those drapes.”

William Monahan, writer of The Departed, will be adapting Benjamin Black’s The Black-Eyed Blonde  for the screen.
Posted by Gary Dobbs/Jack Martin at 17:50