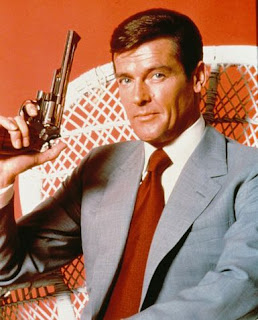 The Story Of James Bond - A Tribute To Ian Fleming will be held at the London Palladium Theatre on Sunday October 5, arranged for the family by Ian's niece, Lucy Fleming, to mark the final event in the Ian Fleming Centenary year.

Joanna appeared with George Lazenby in the 1969 Bond film On Her Majesty's Secret Service. She also used to drive my teenage hormones nuts as Purdey in the New Avengers TV series. She had the best legs in the business.

A 60-piece orchestra will accompany the performers and there will be a sneak preview clip of the new Bond film Quantum Of Solace starring Daniel Craig.

The evening is being held in aid of the British Heart Foundation.

Posted by Gary Dobbs/Jack Martin at 01:38