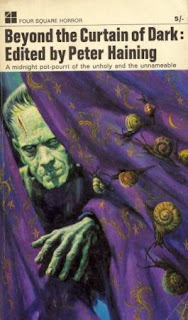 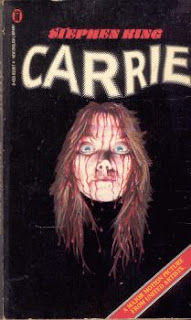 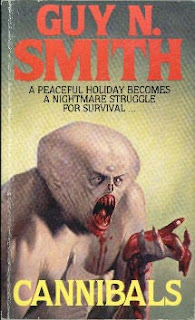 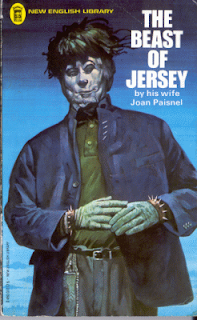 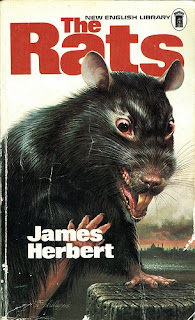 Lurid covers, graphically descriptive writing, a huge cult fan base - all were part of the make-up of the NEL imprint. For much of this author's childhood NEL usually published the books I liked to read - Guy N. Smith, Stephen King, James Herbert, George G Gilman, Peter Haining, Robert Bloch, Ronald Holmes, Hondo Wells, Delano Stagg, James Moffet and others hidden away in the back of my mind.

NEL was and is (though the modern day NEL is quite distinct from the imprint during its heyday) and in the early days it operated by publishing paperbacks of the classics or reprinting its parents company's latest hardcover sensation. And it wasn't until the early 1960's when Welshman, Gareth Powell took over as managing director that the paperback imprint started to form into the king amongt publishers of original paperback fiction. 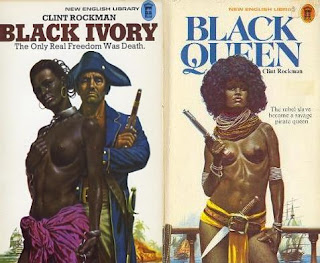 Because of this the publishing house would follow trends in popular culture and publish books to catch onto the latest trends and fashions.

In the early days they released several paperback books based on the fictional adventures of the pop group, The Beatles (a few of you may have heard of them), as well as tie-in works to Top of the Pops and the then new youth radio station, Radio One. 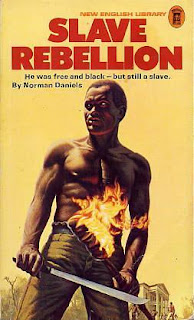 the big screen, NEL responded with a spate of violent westerns in the spaghetti style, when the Exorcist came out NEL screamed with its horror line with writers like Stephen King, James Herbert and Guy N. Smith. The company would also publish a Hells Angels series, paperback versions of the Hulk, Batman and Thor.

When the TV mini-series Roots was a massive success NEL issued a series of novels based around Slaves or Negro Warriors - these book became massive best-sellers with the cover images using sex to sell the story. 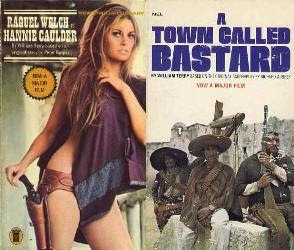 NEL even formed an association with the men's magazine Penthouse and started publishing a series of racy books baring the Penthouse name.

As a young reader during the Seventies it was the horror novels and action packed Westerns that interested me. And through NEL I would discover Stephen King and James Herbert as well as become addicted to the western series Edge by George G Gilman which was a pen name for Terry Harknet. 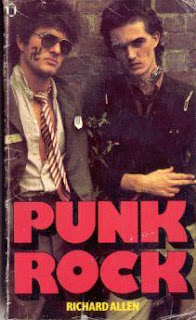 NEL were a massive success which was largely due to the fact that the writing was actually very good and often amazingly brilliant. Stephen King was no slouch, nor were James Herbert and Guy N. Smith. And the western series, Edge, although comical in its extreme violence, was actually a exciting and unpretentious read that anyone but the worse literary snobs could read.

Whatever was happening in the world NEL would cash in which led to some bizarre Books - Richard Allen's Punk Rock was actually Blackboard Jungle updated and would have been Sid Vicious' favourite book if he'd been able to read. In fact I was a Punk in the late seventies and initially it was the book that turned me onto the movement rather than the music.

These days the publishing industry has changed and NEL and the books it published have long gone out of style. There is the odd exception like Stephen King, James Herbert and Harold Robbins but for the most part the author's books have vanished from the mainstream book shops. There are publishers out there who carry on the NEL tradition of good, punchy reads - books designed primarily as entertainment.

But I miss the days of the old NEL when the book shops were far nicer places to visit and I could read of hells angels, skinheads,killer crabs, sex crazed nymphomaniacs, psychotic cowboys,sadistic German officers, mutated rats, pigeons and even,I kid you not, rampaging beetles.

The books are still out there for anyone wanting to sample the delights of these bygone days - check out second-hand books shops, charity shops, Ebay and other online auction houses and if you get a copy of SKINHEADS ON SPEED let me know.
Posted by Gary Dobbs/Jack Martin at 03:45

I actually still read all that kind of material daily.