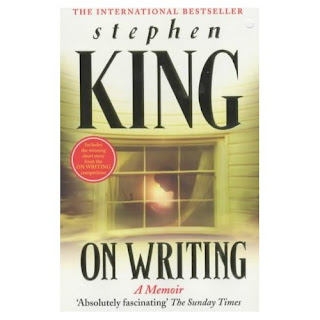 
I used to love Stephen King and read each new book avidly but I remember getting bored around the time of Tommyknockers and then failed to finish The Dark Half. I pretty much stopped reading him after that. I think it was my age and suddenly girls were becoming far more important than cranky horror novels. My literary tastes changed and I started reading more crime and thrillers and thought myself too mature for things that go bump in the night.

However I've always considered him a master craftsman and a truly brilliant storyteller. If I had an ounce of his wonderful talent I'd be quids in. I still love Misery with a passion and Pet Sematary remains the only book that literally stole sleep from me. That book absolutely terrified me and the nervous feeling it gave me stuck around for ages after I'd read the book. Several of his early novels remain among my all time favourite books. 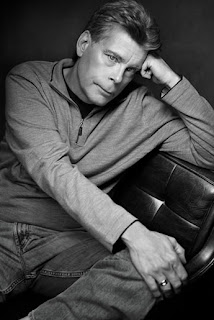 For instance I'd rate The Stand as a truly great American novel.

I recently decided to rediscover the writer, find out where his muse has taken him since those early horror classics. And so I belatedly bought this Stephen King on Writing to see what the master had to say.


King was always contrary - just when you felt you knew what to expect he'd pull the rug from under you. And he's still like that - far from being another text book that attempts to tell you how to write (the author admits that he feels HOW TO WRITE books are largely bullshit in his introduction) this is part autobiography and part collection of tips. The writing is so immediate that the book reads as easily as a novel and I especially enjoyed the section dealing with the author's formative years.

It's a great read and not just for would-be writers but also for King fans and anyone wanting to know more about the world's best-selling author. Yeah J.K. Rowling maybe outselling everyone but King still rules the roost in overall sales.

And so I now have to a journey to take - to read King from Gerald's Game to the present day. I've got a lot of catching up to do and maybe I will find that as I have matured then so too have my tastes and I am now able to enjoy the latter King as much as I, as a teenager, loved his early horror/Sci-Fi classics.
Posted by Gary Dobbs/Jack Martin at 14:54