THE BOYS FROM THE BLACKSTUFF 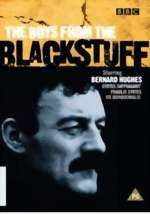 This was probably the best British TV drama produced during the 80's - the decade of Thatcher and massive unemployment. This drama follows the lives of several characters who work as tarmac layers (the blackstuff) and we see their lives falling apart as they try to cope with a changing Britain in which their skills are not needed any more. We follow the characters search for non-existent work and their dealings with a soul destroying social security system.


The DVD contains the entire gritty series as well as the original PLAY FOR TODAY presentation from which the series was spawned. 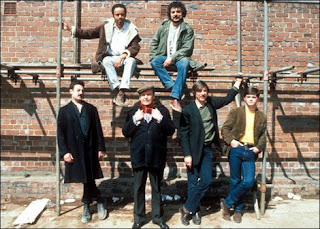 I've not seen this series since it first aired and I remember how hard hitting and realistic it was at the time. This was the BBC really sticking it to the government of the day. The world it relects was all too real - I left school during the year this production was made and a job for life in the coal industry soon turned into a bitter strike and several years on the dole.

This was always superbly acted, well written and hard hitting TV drama and it's still that - but these days it's also an accurate and historical record of bitter times in the UK working class enviroment....
Posted by Gary Dobbs/Jack Martin at 01:57