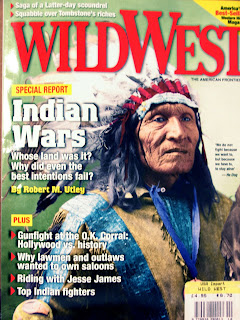 The current issue, cover dated October 2008, boasts a striking cover image of Oglala Sioux He Dog (1840-1936). And the main theme this time out is the Indian Wars.

Several articles look at the subject in the magazine's usual in depth style and there are some interesting maps detailing the various conflicts. 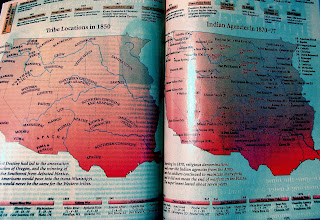 The lead article is by historian Robert M. Utley and he looks at how the strained relations between the white men and the indians were caused.

As well as the Indian Wars centric stuff the magazine contains the usual blend of wild west information. There is a very entertaining article that compares the real Gunfight at the OK Corral with the various film versions. But each page will be of interest to the wild west buff.


Thank God for Borders and its American Import stock is all I can say.

This comic book from 1961 features comic strip stories about frontier Marshall Wyatt Earp, or rather TV's then Wyatt,Hugh Obrian. 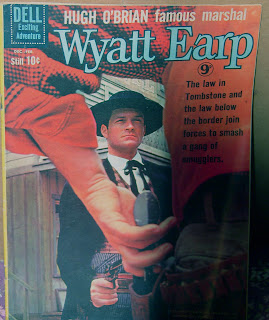 I was pleased to find this old comic and it now takes pride of place in the archives.

The images show how the style of comics have changed over the years - this is a million miles away from DC's sadistic Jonah Hex. 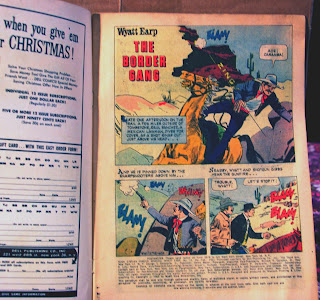 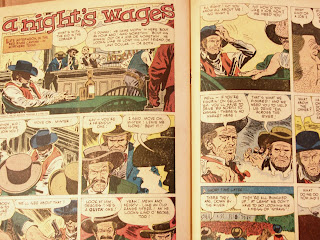 Posted by Gary Dobbs/Jack Martin at 08:04