AMC greenlights NOS4A2: Will this be their next horror mega hit? 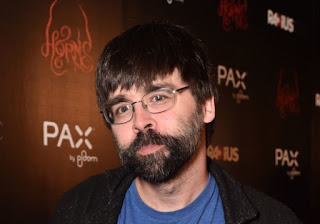 AMC, currently enjoying huge success with their remarkable series, The Terror based on the novel by Dan Simmons have turned to the novelist Joe Hill, son of Stephen King, for their next big horror series. NOS4A2 follows the adventures of a character called Vic McQueen. Vic is a working-class artist who is able to track Charlie Manx, a seemingly immortal character. Vic’s supernatural ability will see her pitted against Manx as he feeds off the souls of children. What remains of these children afterward ends up in Christmasland. Variety describes this place as a “twisted Christmas Village of Manx’s imagination where every day is Christmas day and unhappiness is against the law.” For Vic, though, the battle will always be to stay one step ahead of Manx in order to not lose her mind or become one of his victims.

According to the press release, the supernatural horror series will premiere with 10 episodes in 2019. So far, no definitive premiere date has been confirmed beyond 2019. As yet, there have been no cast announcements in relation to NOS4A2.

You've got to admire Mr Hill for having the audacity to write in the horror genre in the first place - after all, his father Stephen King is arguably the most famous horror writer there has ever been, he's up there with Bram Stoker and Poe in genre recognition. And yet I've read several of Mr Hill's book and he has a distinctive voice all of his own, and whilst he may still reside beneath the shadow of his famous father he's seems destined to become one of the genre's greats all on his own.

Posted by Gary Dobbs/Jack Martin at 05:07