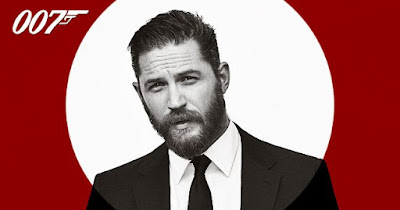 Today the Express Newspaper  reported that Daniel Craig has decided that he will not, after all, play James Bond in the next movie and that Tom Hardy has been cast.


Last August the incumbent James Bond star announced he would return for a fifth and final 007 movie in 2019.
He may be 50-years-old, but fans were pretty sure Craig could pull off one more movie.
However studio heads have confirmed this morning that the star had changed his mind and wishes to bow out now.

A statement read: “We regrettably announce that Daniel Craig will not star in the upcoming Untitled Bond 25.”

While the news will come as something of a shock to Bond fans, Hardy has been the bookies favourite at 3-1 for the best part of the last year.

At this stage it’s unknown if Danny Boyle will still direct, seeing as the script he had in mind was for the final film in Craig’s story arc – whereas now they’re dealing with a new 007 altogether.


However it's April Fools day and the story was later revealed to be a prank played by the newspaper.
Posted by Gary Dobbs/Jack Martin at 16:57