Doctor Who stuck in hospital corridor for nearly ten hours 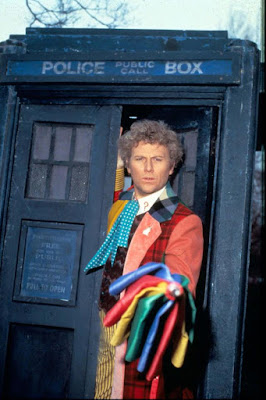 He may have faced the Daleks, Cybermen, The Master and all manner of intergalatic baddies, but Doctor Who was brought down to earth after a visit to an NHS hospital.

The 74-year-old actor - who played the famous Time Lord from 1984 to 1986 - was suffering with a "very high" temperature when he took himself to the Stoke Mandeville Hospital in Aylesbury, Bucks. But he claims he spent half the day hanging around in corridors and waiting rooms until he eventually got to see a doctor.

Colin  says that, six hours into his stay, staff lost him when he fell asleep in a side room. He eventually woke up at 2am and went in search of help. The Conservative Government have been underfunding the NHS  for years and Doctor Who discovered just how bad the situation truly was.

"My problem was not life-threatening, but I had a very high temperature and felt unwell.' Colin Baker told the Bucks Free Press.

"I was admitted, put on an antibiotic drip and discharged thirty six hours later.'

"Forty-eight hours after that I was back in A&E for an eight and a half hour wait, with an even higher temperature. Six hours in, I was left in a side room, where I dozed off and woke at 2am and went in search of help.I was presented with an irate nurse, demanding crossly to know where I had been."

Coling went onto add: "When I was on the mend I enquired tentatively about the possibility of a TV to while away the idle hour lying in bed – which I hastily added I was prepared to pay for. The nurse replied ‘Why should you? Prisoners in jail get TVs in their cells but not ill people in hospital!'It’s a disgrace,' she added."

Posted by Gary Dobbs/Jack Martin at 17:07

Email ThisBlogThis!Share to TwitterShare to FacebookShare to Pinterest
Labels: colin baker, Doctor who