Declassified: Why Timothy Dalton didn't do a third Bond 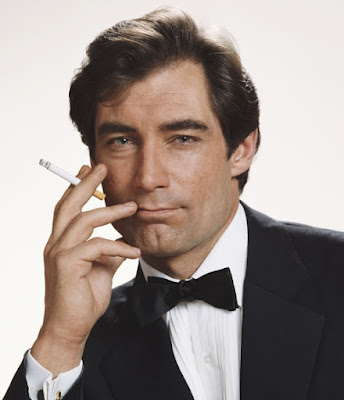 Some People raved when Daniel Craig took over the role of Bond - they applauded the new tougher edge, and yet Timothy Dalton, a criminally underrate  Bond, was far tougher than Craig's version and his second Bond, Licence to Kill makes Craig's efforts look quite cuddly. It is one of the real shames of the franchise's history that Dalton didn't do a third.

This week the actor spoke to The Express Newspaper and revealed why he didn't star in Goldeneye - the role was offered to him before Pierce Bronson took the part.

With just two 007 movies (1987’s The Living Daylights and 1989’s License To Kill), released as the Cold War was ending, Dalton is on of the  the franchise’s most underrated James Bond.

The actor had grit and depth of character long before Daniel Craig came on the scene with 2006’s Casino Royale. And it turns out that not only was his third movie cancelled, but he was offered 1995’s Goldeneye, only to decline it.


Following a legal dispute between Eon Productions and MGM that stalled a 1990 third outing, Bond producer Cubby Broccoli asked Dalton to return as 007 in Goldeneye.
Speaking with The Week, Dalton explained:

“When [the next movie] did come about, it was probably four or five years later.[Broccoli] asked if I would come back, and I said, ‘Well, I've actually changed my mind a little bit. I think that I'd love to do one. Try and take the best of the two that I have done, and consolidate them into a third. And he said, quite rightly, ‘Look, Tim. You can't do one. There's no way, after a five-year gap between movies that you can come back and just do one. You'd have to plan on four or five.And I thought, ‘Oh, no, that would be the rest of my life. Too much. Too long.’ So I respectfully declined.”


The result? Brosnan was cast in a film that is now considered one of the franchise’s very best.
Posted by Gary Dobbs/Jack Martin at 03:09