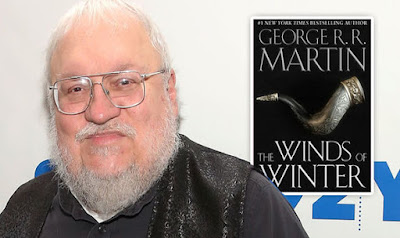 The next book in the A Song Of Ice And Fire series has been anticipated by fans since the release of A Dance With Dragons back in 2011. However despite constant rumours that the next instalment is ready for release, fans on the ASOIAF board on Reddit have spotted a big indication that there’s still a long way to go yet.

One user asked: “Do you think it’ll be in the next few years? Or is he too busy with other projects?Perhaps he’s stuck, or demotivated by the show? Or maybe we’ll get it for Christmas… What do you guys actually think?”

The most popular reply, from Ser_Wun_Wun, said: “In 2010, George couldn't shut up about Dance being near completion. He gave page counts like 6+ times, spoke about chapters he was writing, how many POVs he had wrapped up, etc.When George is nearly done with a novel, he gets giddy and gabby. Can't help himself. So his caginess with Winds is a very, very bad sign imo'

No kidding - there's an interesting article HERE that speculates that Martin may never finish the series.

Posted by Gary Dobbs/Jack Martin at 17:39