Crime fiction has become the most popular fiction genre for the first time in the UK, according to 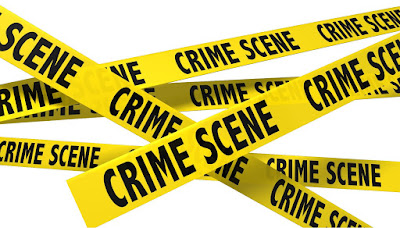 data revealed at The London Book Fair. 18.7 million crime books were sold in the UK last year, with the genre making up 36% of book sales.


It seems readers love to cower behind a terrifying crime tale, as thrillers overtook general fiction to become our most beloved genre of book for the first time. Swapping Heathcliff for Holmes, Britain has become a nation of crime readers with 18.7 million crime and thriller books sold last year - a 19 per cent rise since 2015.

The genre is also popular with borrowers and the crime and thriller genre dominated loans from UK public libraries last year according to data released by Public Lending Right (PLR).

Thriller writer David Baldacci, who was awarded a Specsavers Nielsen Bestseller Award at the book fair, said: “When times are stressful and it looks like the bad is winning out over the good, along comes the genre of crime novels to put the balance back in life.People inherently don’t like folks who do bad to get away with it. In real life they do, all the time, because of a variety of factors.But in novels, evil is punished, and the good guys mostly win, after solving the puzzle. And all is right with the world. At least fictionally.”

Posted by Gary Dobbs/Jack Martin at 17:06