And so the actor said to the drummer.... 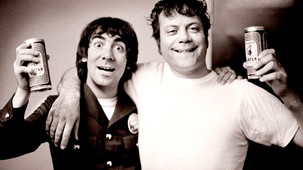 I missed this play when it was broadcast by Radio 4th on 8th Dec 2011, but I subscribe to the BBC's Play of the Week Podcast and thankfully this play was one of their selections and can still be found in the iTunes store - podcats, play of the week, burning both ends. The play tells of the unlikely friendship between actor Oliver Reed and The Who's drummer, Keith Moon. Both men were known for the excessive drinking and bizarre antic.


This play is both a humorous and bitter sweet examination of those days - it's also a study of friendship and was bloody brilliant. Written by Matthew Broughton, and directed by Sam Hoyle. the same team have previously   collaborated  on several radio plays, most recently, Vincent Price and The Horror of The English Blood Beast - a peek behind the scenes of the British cult horror classic, WitchFinder General. 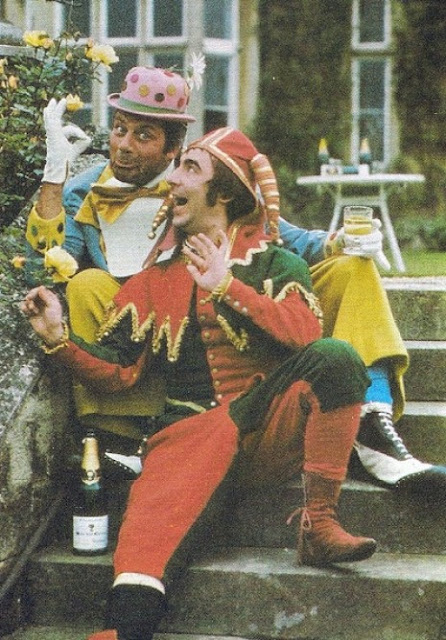 This play is similar to Bloodbeast in that it is a study of bored celebrities - men who have seemingly attained everything but are finding the world in which they live in to be shallow. The play is narrated by Oliver Reed who introduces us to the play by telling us that he is dead which then leads on to a dramatisation of events between Reed and Moon, specifically the mayhem they caused during the filming of Ken Russel's Tommy.

In the mid-1970s, Oliver was an international movie star, and Keith was a rock n'roll legend, the drummer for rock band, The Who. Both were famous for their partying and boozing, as well as their undeniable talents. Mercurial and unpredictable, both men were at the top of their game - but the top can be a very lonely place. Then they met, on the film set of The Who's epic rock opera, Tommy. What followed was a revelation - in each other they found a true kindred spirit, their own shadow image.


This is a story of madness and mayhem, antics and adventures, but also of love and loss - the dangerous, dazzling brilliance of two unbridled spirits connecting, but then the huge pain when one of them dies prematurely.


Recounting the electrifying "bruv-affair" between these two iconic figures, Burning Both Ends is the story of two men who found in each other a true friend, and who loved each other as fiercely as they partied...

Posted by Gary Dobbs/Jack Martin at 04:36

Thanks for the tip-off on this. Have now found it. Two great characters, I'm looking forward to listening.