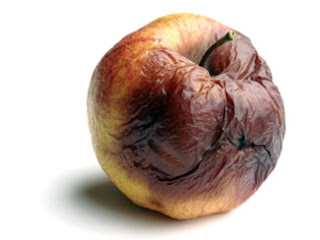 For book publishers, Christmas will come twice this year. After the festive trade in hardback tomes, the celebrations will begin again on Boxing Day, as the millions who got Kindles from Santa go online to stock them with reading material.

Amazon already sell more eBooks than paperbacks, but regulators, both in Europe and the United States, are worried that shoppers may be overpaying. This month, both the European commission and the US department of justice have announced investigations into ebook sales. They are to lift the lid on a power struggle between the publishing industry and Amazon that could determine the shape of the book trade for years to come.
The European commission will probe the "agency" deals signed between Apple and five of the biggest publishers: Hachette Livre, Harper Collins, Simon & Schuster, Penguin and Macmillan.

The trouble began in early 2010. Worried about declining physical book sales, publishers feared Amazon's eye-catching discounts would devalue their electronic product. So they agreed to a business model proposed by Apple just before the release of the first iPad. It was a move intended to force the world's largest bookseller to relinquish control over pricing.

The agency deals apply only to digital books. Publishers set the retail prices and bookshops take a 30% cut on each copy sold. The model was designed by Apple, but subsequently forced on Amazon, and has been adopted mainly in the UK and US, by Waterstones, Canadian group Kobo and Barnes & Noble.
"The whole point of the agency model is to prevent the emergence of monopolists like Amazon," says Benedict Evans, a digital media expert at Enders Analysis. "What the publishers have done is stopped Amazon from crushing the independent eBook retail sector."

Amazon has lobbied furiously against the agency model. European regulators fear consumers may be paying too high a price to keep the American retail superpower at bay. "The commission has concerns the publishers may have colluded to raise the price of ebooks and that Apple may have facilitated this," says the commission's competition spokeswoman, Amelia Torres.

Agency deals will also come under scrutiny in US courts. Law firm Hagens Berman is bringing a class action suit in California against Apple and the big five publishers on behalf of book buyers. Founding partner Steve Berman says: "In the US, we believe that the publishers and Apple got together and agreed to fix the prices, and you are not allowed to do that. As a result, prices of e-books have exploded, jumping as much as 50%."

Publishers are reluctant to speak publicly but deny any collusion, saying they met Apple individually, rather than as a group. The agency model, often used for reselling insurance or software, is a well-established system enshrined in European law. But prices have risen since it was applied to ebooks.

Amazon no longer charges its old flat rate of $9.99 for new titles in the US; bestsellers now average $15. Berman says shoppers are paying between 30% and 50% more.

Posted by Gary Dobbs/Jack Martin at 04:25