Horror tends to thrive during times of crisis, offering catharsis, escapism and a metaphoric means of coping with problems that seem unsolvable. 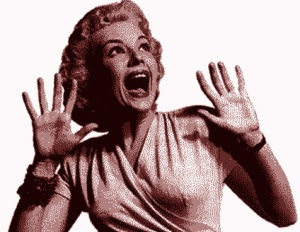 Historically this has always been the case. It certainly was true during the Great Depression, when Universal Pictures was rescued from bankruptcy by its golden age of horror film – Dracula, Frankenstein , The Invisible Man , the Creature from the Black Lagoon  and all the other creepy creatures that lit up the silver screen, offering escapism to cash strapped moviegoers. Right across the spectrum of modern media horror is booming – take the two biggest successes in popular literature over recent years – Harry Potter and Twilight and whilst neither are strictly horror they both use many of the conventions of the genre. TV shows like The Walking Dead and American Horror are massively popular, and of course HBO’s True Blood is still holding its own. The horror novel is most certainly on a high. There are some great writers out there from the well know masters such as Stephen King, Clive Barker, Jack Ketchum and others to relatively new names like Christopher Ransom, Joe Hill, Max Brook and (dare, I say it) Vincent Stark. The latter of course is wishful thinking since his debut horror novel, following a string of bestselling westerns,  isn’t due out till the end of the month and he is me 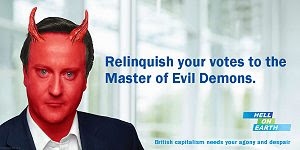 So why is it that during shitty times we turn to the dark side? Maybe it’s the increasingly polarized political landscape, generating so much us against them rhetoric. Perhaps it has something to do with all the  college students’ fears of  being unable to find work or middle-aged parents’ worries about keeping their homes.


Then again maybe its something to do with the fact that we, in Britain at least, have the Dark Party in government. Or maybe it’s just the fact that we, viewers,readers, like the safe scares that films and books provide. And whilst it is true that thought-provoking horror works are few and far between recent years have seen several horror novels of real depth – Låt den rätte komma by  John Ajvude Lindqvist , known by its Anglo title of Let the Right One In (I’ve not enjoyed a novel as much as this is years)is a masterpiece of literature whatever the genre, and Christopher Ransom has taken age old themes and twisted them through modern sensibilities. Both of these writers need to be read by anyone interested in the horror genre.   And it’s the same with film and TV and for every predictable slasher of the week flick you will find films and programs of true worth. Horror as a genre is changing, mutating and it is at last gaining some of the acclaim that has been denied it through snobbery for far too long. Stephen King is no longer considered a hack writer and real critics are dissecting his work  and finding relevance to the society we live in – something  all great writing mirrors.   And this is a good thing because for too long horror has been consigned to the ghetto and looked down upon with disdain and yet TV shows like American Horror Story, Being Human, The Walking Dead and True Blood are popular with mainstream audiences, horror novels are read by millions and fright films are always popular.


Yep this truly is a golden age for horror – and ain’t that just fine and dandy!