Every Which Way But Loose (1978) certainly came out of left field for Clint Eastwood but it was a huge success, as was its 1980 sequel Any 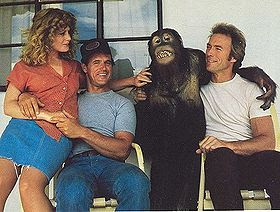 Which Way You Can. Eastwood was actually advised against making the first movie - it was felt that the public wouldn't accept him in a light comedy role after all the grim westerns and Dirty Harry pics, however the films remain today two of Eastwood's highest grossing vehicles.

They're also great fun, in a leave your brain at the door kind of way. Hey what could be better than watching Clint fist fighting while his pet ape shits in a police car? This is a full out redneck comedy with Clint playing the kind of thick head his critics had always claimed him to be, but then what did the critics know?

The project arrived at Malpaso in a roundabout way - the script was originally called The Coming of Philo Beddoe and was based on a real person - a truck driver with a pet monkey who was a phenomenal fist fighter. Writer Jeremy Kronsberg pep 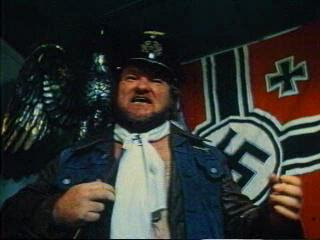 pered the script with his own songs - the script was turned down over 50 times before arriving with Clint Eastwood who saw in it a chance to broaden his range.`

In the original script Eastwood's character was aged 29, while the actor was closing in on fifty. Writer Kronsberg joked that he would do some rewriting and make the character 35.

When the first movie was released it's astonishing success took both the studio and Clint by surprise - in fact, allowing for inflation, the movie still stands as Clint's most lucrative movie ever. It cost $4.5 million to make and took an impressive $123.5 million on its initial US release.

The follow up - Any Which Way You Can was far less successful and only took $10 million at the box office, which meant the end for Philo Beddoe and the plans for a series of movies was scrapped. But th 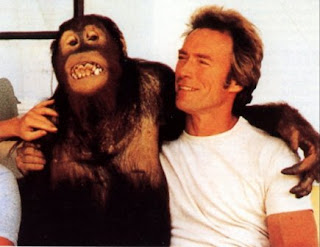 e follow up is actually a better made movie than the original but it lacked the good nature and the comedy scenes were basically a retread of those in the original movie.

After that Clint shot the monkey.