James Bond to return - WHO CARES! 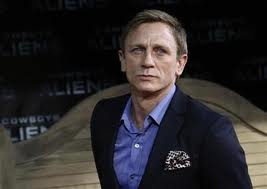 There's been a lot in the press recently on the forthcoming Bond movie, Skyfall - I think the rumored title of, Red Sky at Night had more class, but then class is something the last couple of Bond movies have been seriously lacking.

For fans of classic Bond it doesn't seem to be much to look forward to. Once again we have Daniel Craig as 007 (brilliant actor, but mis-cast as Bond) and the same production team who made such a balls up of Quantum of Shit, which still stands as the only Bond film I've not seen after walking out of the cinema after a hour or so. You don't have to eat the whole pie to know it tastes like shit.

So what do we know about Skyfall? Well according to the press the theme song will be sung by either Noel Gallagher or Lady Ga Ga,  that Dame Judie Dench is back as M and that Bérénice Marlohe is the new Bond Girl. We also know that Craig is once again playing the Bourne blueprint version of Bond and that, chances are the film will be another pile of ultra modern crap that has nothing at all to do with Fleming who wrote books about a snobbish, womanising, superhero who battled men and women bent on world domination, not a thuggish nightclub bouncer whose idea of style is a plate of pie and chips washed down with a light ale.


Me - I'm waiting for the larger than life, smooth and witty Bond to return to our screens - wonder if that will ever happen?
at December 04, 2011