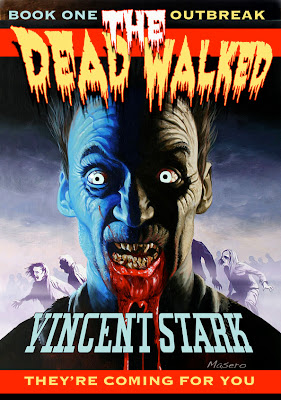 The first volume in The Dead Walked trilogy was delayed due to a massive rewrite being required when the third book took on a turn unexpected during the initial plotting – still there’s a lot of swill out there and I wanted the Dead Walked books to be as good as I could make them before making them available to you, the reader. I plan to develop the Vincent Stark name and the only way to do that is to ensure the work produced is of the highest quality and will grab readers by the throat, not letting up until the story ends.

And so January 5th 2011 the dead will finally walk.

By Gary Dobbs, author of a string of bestselling westerns as well as the historical crime thriller A Policeman’s Lot, writing under the name of Vincent Stark


Available in all eFormats and from Amazon, Smashwords, Barnes & Noble  and anywhere else eBooks are sold.