Nothing is real.... John Lennon 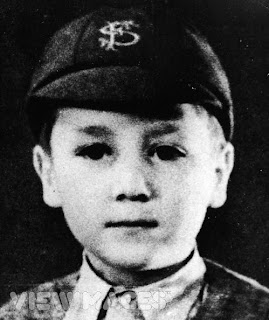 In these days of instant stardom, when fame is transient there is more need than ever for someone like John Lennon. There are no real stars anymore, no real musicians and instead we get our pop stars created before our eyes, manufactured by media moguls and churned out in hourly TV segments. We place people like Louie Walsh, Simon Cowell and David Hasselhoff as arbiters of taste - what the fuck is wrong with us? There was a time when bands busted their chops for years playing small venues before getting the tiniest slice of the big time. Now they don't even have to play an instrument, nor be able to hold a tune for that matter. And let's be honest even the genuine talent that the glossy TV talent shows have discovered will never be anything more than a footnote in musical history.

Kerching! Kerching! There goes another million into Simon Cowell's bank acount as yet another carefully selected middle of the road performing dickweed tops the charts. Whoops this post was supposed to be a tribute to John Lennon. After all it's December 8th and I still remember that cold December 8th in 1980 when we first heard Lennon had been shot dead - and it's turned into yet another rant against that shite we called the X Factor. Though maybe it is appropriate you know because a question people are always asking is what was the difference between Paul McCartney and John Lennon - Well Macca appeared on the X Factor while Lennon would never have done that...surely not!


I'm not going to change the way I look or the way I feel to conform to anything. I've always been a freak. So I've been a freak all my life and I have to live with that, you know. I'm one of those people. 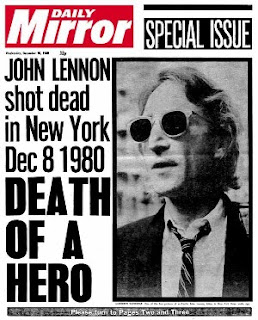 Lennon was contrary sure enough and would often say one thing and end up doing another, and if he were alive today  age would have most certainly mellowed him but surely it wouldn't have lobotomised him to the point of appearing alongside Cowell and co, in order to promote another act whose only experience of hardship is having the X-Box break down. We live in a sad sad world, a corporate wilderness where creativity is less important than presentation and yes, as Lennon said, a world where, nothing is real.

My role in society, or any artist's or poet's role, is to try and express what we all feel. Not to tell people how to feel. Not as a preacher, not as a leader, but as a reflection of us all.

John  Lennon we still miss you.

Email ThisBlogThis!Share to TwitterShare to FacebookShare to Pinterest
Labels: john lennon, the beatles

John Lennon will always be remembered.