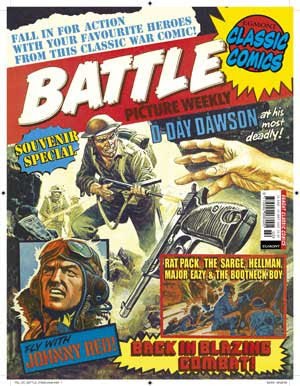 The comic book industry is a fraction of the size it was when I was a kid, at least it is in the UK - I was always a voracious reader of comic books and at the prime comic book reading age - say, 10-15- I had a dazzling variety of titles to choose from.

Each week I had Battle, 2000AD and Tiger on standing order from my newsagents and when I could afford it there were many other titles waiting to claim my money - the Beano and Dandy, Bullet,  Hotspur, the new Eagle, Action..the list goes on. Of course those were British titles.

My local newsagent didn't stock the American imports, but every now and then I would take a bus ride to nearby Porth and pick up a few of the American titles. Though in all honesty I preferred the more realistic UK anthology comics as most of the US titles I came across were superhero related, and whilst I enjoyed Batman, Superman and Spider-man I wasn't a massive fan of US titles. They were glossier than the UK titles, and often in full colour but UK titles reflected a working class society I understood. That society has now vanished and most of the comics have gone with it. 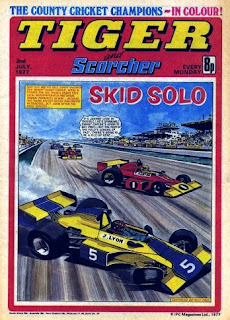 A visit to a newsagents in 2012  is a depressing experience for a comic book reader - 2000AD is still there but none of the other action titles are being published today and most comic books seem to be  aimed at the younger market with the cover mounted gifts being more  important than the story inside. The Beano and Dandy  still go on but these titles are unlike the versions I read as a kid - Dennis has been de-menaced and Desperate Dan is now politically correct.

Things have certainly changed. The US titles still seem to be going strong, though from what I understand with not a fraction of the sales they once boasted.  Titan and Panini between them are publishing high quality UK titles made up of American reprints and these are very popular, but the Brit stuff with the exception of titles like 2000AD and Clint have vanished. Of course the Commando Comics are still there but these are unique in that they are self contained stories and far removed from the anthology weekly comics that were once so prevalent. Early in 2011 a promising new title was announced called, Strip but it didn't seem to materialise - least I've never seen a copy. Apparently it's now on issue three but distribution can't be very good as I've yet to see a copy anywhere.

Kids these days don't know what they're missing and I'm glad I grew up during a time when comics were still a big part of every childhood...

And so all this leads us to our strip this week - an episode from the gritty war drama Hellman which was written by  Gerry Finley-Day and appeared appeared in Action Comic and later survived when the title merged into Battle.  And as a bonus we also have a couple of random pages from another UK comic, Warlord.


And remember click on any of the images for a larger readable version. 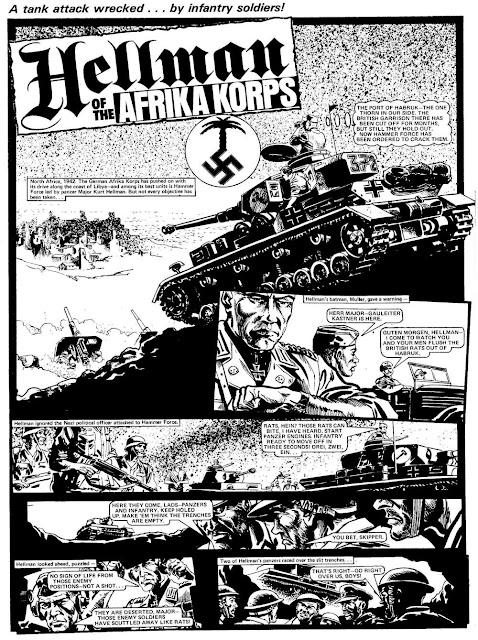 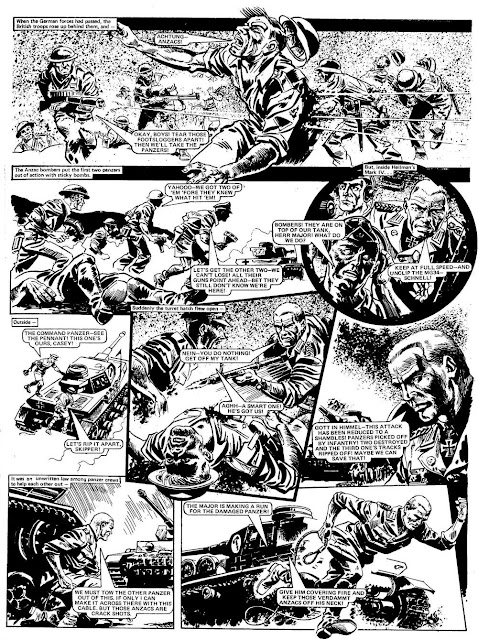 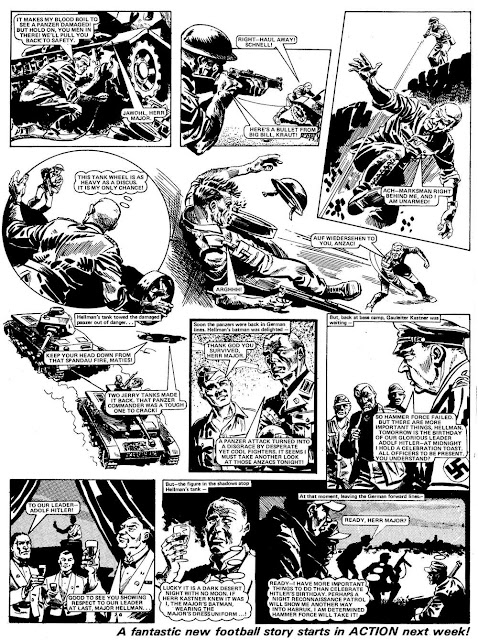 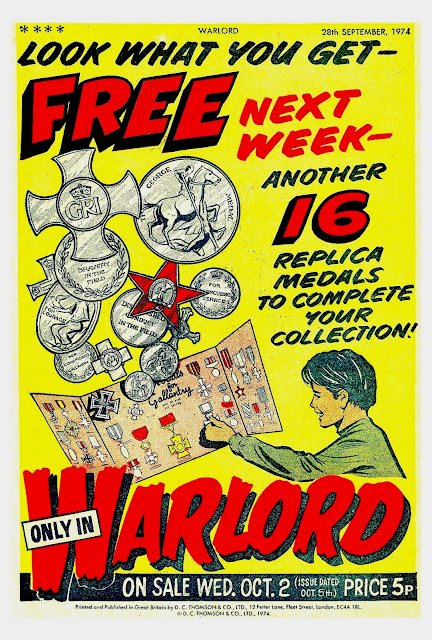 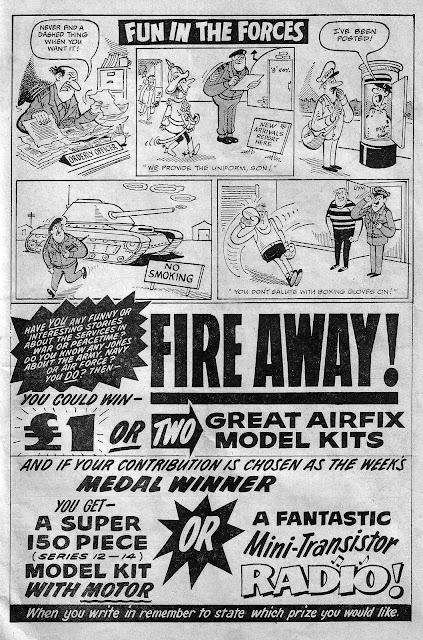 Posted by Gary Dobbs/Jack Martin at 15:59

always great to read these stories.thanks very much!

Top stuff. I was an avid buyer of action, warlord and battle in their day. Still picking up the hard back issues of some of the strips like Charley's War today.

Great post - whenever I go to see my nieces and nephews I try to find a few comics to take them. This is such a difficult task, the shelves are full of Doctor Who and Simpsons comics with no real reading material. It's all about the "free gifts". When I think back (ably reminded by your blog) to my youth in the early 60s, we really were spoilt, so many great UK comics plus the US imports. Even Look & Learn was great, and I remember "TV Comic" wasn't just a rip-off, it contained new stories featuring the celebs of the day (who actually had talent). Is there anything like the Tiger being published today? I still think of Skid Solo whenever I see Mark Webber!
Happy New Year to all.

May 2012 bring more and better comics!