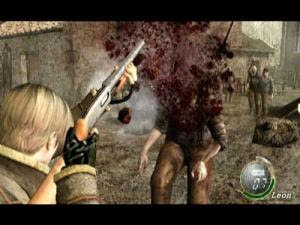 I’m not really any good at  video games, never have been and couldn’t get around more than a couple of levels of Pacman and at Space Invaders  I was terrible – those alien gits always managed to destroy my houses and reach the bottom of the screen – GAME OVER. However from time to time I do like to pick up the X-Box  for a little slice of zombie splattering. And the range of zombie themed games is immense, for just as the walking dead have occupied our movie theaters for decades then so too have the digital dead claimed their place in the video gaming world. They’ve been here for a long time and have developed since the first zombie video game, Zombie Zombie which was released for the ZX Spectrum back in 1984. 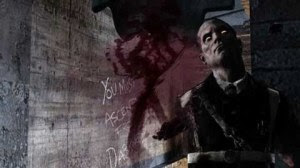 The Wiki lists many dozens of zombie themed video games and I’ve never even seen most of them, let alone played them,  but below are just a few of the zombie games I have played  and would recommend to anyone who is in the mood for some not so gentle zombie bashing.

Resident Evil – Racoon City, population 100,000, was  a small mid-western town that thanks to the Umbrella Corporation has become overrun by the walking dead. This was, and still is, a great shoot em up game with just the right amount of puzzled. Progress is relatively easy and it always seems as if you are moving forward and of course there are hordes of undead to shoot, bash and splatter.
Red Dead Redemption, Undead Nightmare – this game takes two cool genres – the western and the zombie blaster – and sticks them in a pot, gives them a good stir and sets them free. An excellent game but the  original Red Dead Redemption was addictive enough, and now with zombies on the horizon the game is even more compelling.
Dead Rising is another addictive zombie game with some great gory sequences. The action takes place in Romero style in a shopping mall and for that fact alone I like it. There’s a lot of humour in this one and the range of objects you can use as weapons is bizarre - fancy bashing a zombie with a frying pan! 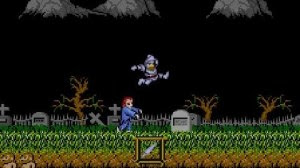 Call of Duty World at War: Nazi zombies – you can’t really escape the Call of Duty series at the moment and the zombie nazi mode in Call of Duty is great fun, particularly in multi-player. It’s basically a frantic shoot em up as you hide in a bunker and face off against wave after wave of nazi zombies.

Ghosts and Goblins – OK now this is one game that I did master and that was way back in the days of the Commodore 64. It’s a sideways scrolling shoot em up, jump over em. It may look old fashioned these days but it’s still compelling and it was great fun back in the day. Those zombies at the start of the game looked cute rather than scary but man this was fun and still provides retro gaming thrills.

My novella , The Dead Walked Book One: Outbreak is officially published early next year, but in an exclusive deal with Amazon will be available as a Kindle only title for 90 days.
The book will be available to purchase later this week. 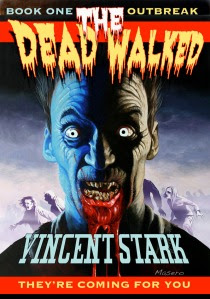 Some said it was viral.
Others claimed it was an act of God
Either way, it mattered not, for the dead shall walk.

September was her favourite time of the year, and late September, when the autumn was just preparing to hand over to winter, when there was still a residue of the late summer warmth in the air, as well as the crisp promise of the iciness to come, had always been, as far as Missy was concerned, the finest chunk of that particular month.
Not for her was the spectacle of high summer, nor the morose beauty of mid winter. Of course they both had their fineries but these paled next to the season when the leaves glittered with reflected sunlight. It was the autumn, with September being the highlight of that season, which she loved – a time when nature put on its finest display as the lush summer growth was magically transformed.
The sky itself seemed to glow at this time of year.
September was a time of promise.
A time of rebirth.
Not this September, though.
This September, Missy would remember as, the time the dead walked.
at December 19, 2011