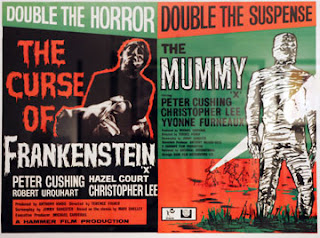 Horror film studio Hammer will collaborate with such distributors as StudioCanal, Germany’s Anolis Entertainment, Pinewood and illuminate Hollywood  HTV to perform a major restoration of the studio’s iconic movie studio. The partnership will reformat 30 films into HD for Blu-ray and new media exploitation.‘Dracula Prince of Darkness’ is the first movie that is scheduled to be released as part of the global restoration project. It will be released in the UK in March 2012, in conjunction with StudioCanal
Other titles to get the HD treatment include ‘The Reptile,’ ‘The Plague of The Zombies,’ ‘The Devil Rides Out,’ ‘Rasputin the Mad Monk’ ‘The Mummy’s Shroud.’ ‘The Curse of Frankenstein,’ ‘Dracula’ and ‘The Mummy.’

The movies will not only feature fully-restored HD picture and sound, they will also feature newly-filmed extras, including interviews with cast members. The extras are being produced by Marcus Hearn, an expert and historian for Hammer, and the author of ‘The Hammer Vault.’

“Our decision to restore some of Hammer’s most famous titles not only allows existing fans to experience the films again in high definition, but also encourages a new global audience to discover Hammer for the first time-especially as we get read to release our next exciting new Hammer project, ‘The Woman in Black.’” Simon Oakes, the President and CEO of Hammer
at January 21, 2012

Can't go wrong with this.