The eNews - Kindle once again tops the Christmas eReader sales 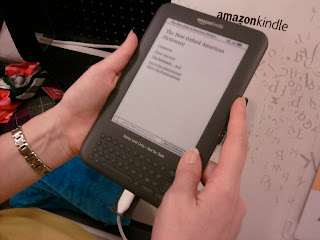 The Kobo too experienced record sales over the festive period but are still unable to get anywhere close to Amazon's big hitter, the tremendously user friendly KIndle. The Kobo eReader is a fine device but it is discovering, as did Sony before it, that an eRaeder not only has to compete with Amazon in terms of hardware but also with the Amazon Kindle store which makes dowloading eBooks simplicity on the Kindle. In the UK the Kobo is closely linked to W H Smith's eBook market and it's been chopping and changing so much that it could hardly be called user friendly.

Harper Collins saw one hundred thousand eBook downloads on Christmas Day. Over 100,000 eBooks published by HarperCollins UK were downloaded on that single day. This was both a record high as well as over  times as high as the average daily downloads during December 2011.


And in other eBook news the most pirated eBooks over the festive period were:

My husband and I love our new Kindle Fire. It's lightweight, easy to use and has a great interface. The first thing I recommend anyone with a new Kindle do is install the nook app. We got our instructions from www.kindlemad.com through google. It basically unlocks all the Android marketplace apps and unlocks the device. I am one very happy Kindle owner!

The way of the book world, books vanishing into the ethernet.