Dracula: Vamping it up 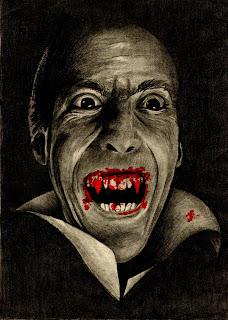 Back in the day, before Twlight that is, the vampire was a figure of pure terror. There was nothing nice and cuddly about the vampire and they weren’t portrayed on screen by gangly teenagers either. Right from the silent age when  Max Schreck camped it up in (the German Bram Stoker rip- off )Nosferatu. the bloodsucking fiends have been a favorite of horror cinema and if there is one vampire that stands out amongst them all, it is Dracula – created in the 1897 novel by Bram Stoker the character has become world famous and there have been film versions, both official and unofficial, from virtually every country with a film industry – we’ve had Mexican Draculas, Swedish Draculas and Draculas of all other nationalities, the character’s popped up on television, on stage, in comics, books, video games and cartoons. The character has been used to sell everything from motor cars to ice lollies, as well as everything else or so it would seem.
Dracula is truly ubiquitous -  to Western audiences the most famous movie versions of the character are Bela Lugosi and Christopher Lee, but many other actors have made their stamp on the role over the years. Gary Oldman, John Carradine, George Hamilton and Jack Palance are just a few of the names from a list that would fill several blog posts such as this. 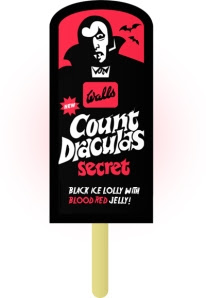 Here at Scary Motherfucker we have seen a lot of Dracula movies over the years and we have our own favorites – Christopher Lee is, to my mind, the best ever screen Dracula but there are many people who think that Lugosi was the definitive version – it matters not which actor you prefer in the role and there are people who prefer one or other of the actors who have taken the role – even Louis Jourdan has his fans.  For Dracula is one of those books that everyone knows, even those who have never read the book and I must confess to not being able to get through the whole book myself, finding it snail paced and filled with too much needless detail – I read a lot of classic novels from the same period but I don’t find Dracula that engagingly written. I’ve read it to an extent but tend to skip large sections, though I’ve always got the basic meat of the story and nothing can take away the fact that Bram Stoker created not only an iconic charac 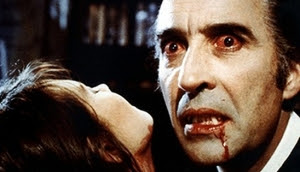 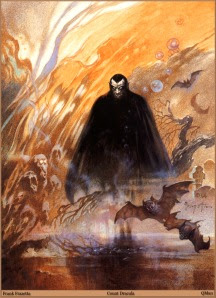 The cape, the blazing eyes, the slicked back hair is more often than not the blueprint for any visual representation of the character, as are the impeccable manners and suave appearance. Stoker’s Dracula was a gentleman of his time, one that could operate with ease on any level of society and during the period that the novel was written the class system was very clearly defined.
Yep if any horror character deserves iconic status then it is Dracula
Recommended Dracula movies
Dracula – the original 1931 classic directed by Todd Browning with Lugosi is the title role.
The Horror of Dracula – Hammer’s 1958 classic saw Christopher Lee take his first and best stab at the role.
Dracula: Prince of Darkness – Christopher Lee ret 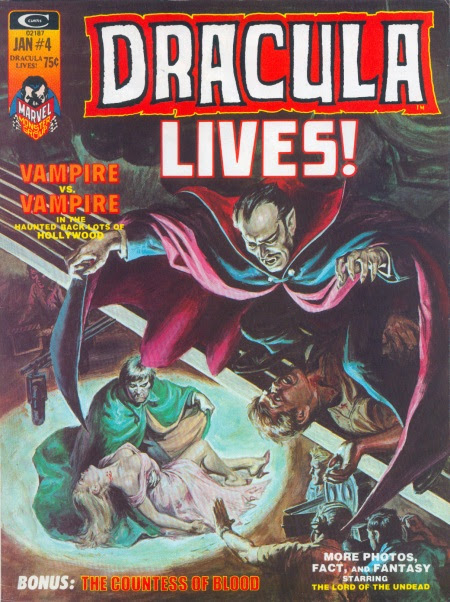 urned to the role in the 1960′s for this Hammer sequel and although not as effective as his first Dracula movie it is still fangtastic.
Bram Stoker’s Dracula – this lavish production is far better than its reputation suggests.
Posted by Gary Dobbs/Jack Martin at 09:21

Email ThisBlogThis!Share to TwitterShare to FacebookShare to Pinterest
Labels: dracula