My novella, The Dead Walked, the first in an all new trilogy, is available now at an incredibly low price. 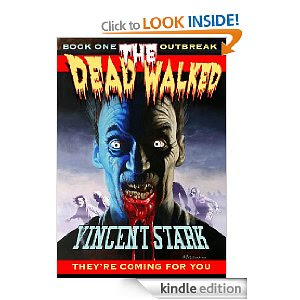 Some said it was viral.
Others claimed it was an act of God.
Either way the result was the same and the dead walked.
September was her favourite time of the year, and late September, when the autumn was just preparing to hand over to winter, when there was still a residue of the late summer warmth in the air, as well as the crisp promise of the iciness to come, had always been, as far as Missy was concerned, the finest chunk of that particular month.
Not for her was the spectacle of high summer, nor the morose beauty of mid winter. Of course they both had their fineries but these paled next to the season when the leaves glittered with reflected sunlight. It was the autumn, with September being the highlight of that season, which she loved – a time when nature put on its finest display as the lush summer growth was magically transformed.
The sky itself seemed to glow at this time of year.
September was a time of promise.
A time of rebirth.
Not this September, though.
This September, Missy would remember as, the time the dead walked.

Posted by Gary Dobbs/Jack Martin at 18:29