We've lost one of our own - Howard Hopkins Rest in Peace 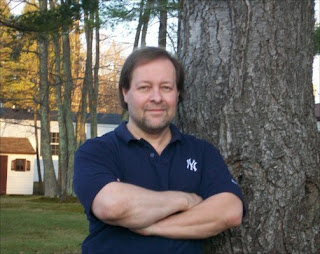 I am devastated by the news that writer Howard Hopkins died suddenly last Thursday at the age of 50. I never met Howard in person but he was always supportive of both this blog and my own writing - indeed Howard has been interviewed several times by the Tainted Archive. We shared a publisher with Robert Hale Ltd as well as a genre with the Black Horse Westerns - we have lost one of our own.

Howard was born in Biddeford on December 12, 1961, son of Frank and Lynne Dion Hopkins. He was a graduate of Scarborough High School.

The superheroes of Howard’s youth, Doc Savage, The Avenger and The Shadow, influenced his decision to become a professional writer. For the past 24 years, Howard has written numerous books including Westerns for Hale Publications, graphic novels such as a Sherlock Holmes series and a widely known children’s series called the Nightmare Club. Most recently, he focused his energy on writing the Chloe Files, a character derived from his novel Grimm.

Howard was an avid reader of superhero comic books, including Wonder Woman, Superman and The Hulk, to name a few. 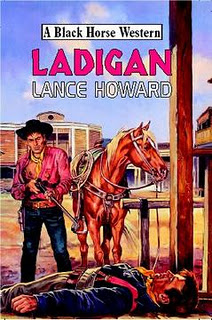 He will be remembered as a devoted, loving and very supportive husband. He will be greatly missed not only by his loving and caring wife of 22 years, Dominique Morency Hopkins, but by many, especially his nephew Steap and niece Sam, who he loved, mentored and guided as his own.

Howard was a prolific author of Black Horse titles with more than thirty under his belt and he was also one of the administrators of the Black Horse Western forum. He had active Facebook and Twitter accounts and was well known online. His blog Dark Bits was regularly updated and last Wednesday he blogged about his series, The Chloe Files. He started the post with the following words with now take on a sad resonance - "Days have grown chilled here on the Ghost Coast of New Salem, Maine. But it's a chill of evil and a portent of impending tragedy."

Tributes have been appearing online from his contemporaries as well as his readers. All of us in the online world has our lives enriched by Howard and his writing and our sympathies go out to his family. Over the years his books have entertained thousands upon thousands of readers from all walks of life - truly the sign of a great man.

To send private condolences to the family go to www.cotefuneralhome.com
Posted by Gary Dobbs/Jack Martin at 08:38

Thank you so much for your post about my brother Howard. His dream will live on... We miss him so much!