From the digital journal 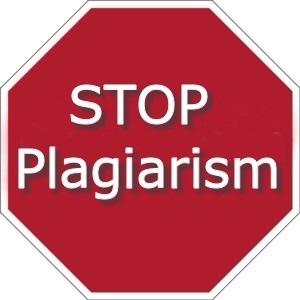 Amazon is dealing with a bit of a plagiarism problem with their erotica section of ebooks, with several self-published authors being caught with copyright infringement.
Sharazade, a prolific author who has had 20 of her stories published with mainstream publishing houses, has discovered something quite sinister about the erotica section of Amazon's ebooks: a large majority of the self-published authors are plagiarizing content and selling it off as their own. Sharazade--a pen name to protect her work--started to publish her stories as ebooks on Amazon's Kindle publishing program, as well as her clients work as she works as a book agent and freelance editor. Though her and her clients pieces were doing well in the ebook ranks, she started to notice a problem in some of the other published works by different authors: they were downright awful. As Fast Company describes, "Amazon is rife with fake authors selling erotica ripped word-for-word from stories posted on Literotica, a popular and free erotic fiction site that according to Quantcast attracts more than 4.5 million users a month, as well as from other free online story troves." One author in particular, Maria Cruz, copied entire excerpts from authors on Literotica to sell ebooks on Amazon--roughly over 50 ebooks in total. Writers on Literotica are not compensated for their stories and are uploading them to the website for free, and with thousands of writers on the website, plagiarizers looking for quick money through Amazon's self-publishing program have lots to choose from. Other instances of copied and plagiarized content have been found in other genres, as well.
Sharazade also mentioned the poor quality of the ebooks in general. Titles and even author names are often misspelled and book covers have extreme pixelation, and are usually pictures ripped straight from Google Images. This also brings up another concerning issue: Amazon is not checking for plagiarized content, regardless if it is from an indie publishing house or self-published. If enough people complain about a certain title, however, Amazon will take down the offending content. Unfortunately responses from Amazon can take weeks to months before any content is taken down. Also, the offenders can simply re-upload new, copied content--which is what Maria Cruz exactly did after enough people complained about her plagiarized work. Authors who are seeking compensation for their stolen content are fighting an up-hill battle, and most writers on Literotica consider this more so a hobby and don't have the time, or money, for a lawsuit. Fast Company offers a solution, though: "...Why not require an author to submit a valid credit card before she can self-publish her works on the Kindle? If an author, who could still publish under a pen name, were found to have violated someone else's copyright Amazon could charge that card $2,000 and ban her from selling again. Amazon could also run content through one of the many plagiarism detectors that are available--such as Turnitin or iThenticate--before an ebook is put on sale." There are indeed many different programs online to authenticate books and articles online, even teachers use a program to detect plagiarism in students' papers nowadays. Why not do the same when professional writers are involved, trying to earn a profit from their work?

Posted by Gary Dobbs/Jack Martin at 13:16

Gary,there are also "books" on Amazon that are merely pages, copied word for word, from Wikipedia, which anyone can read for free.