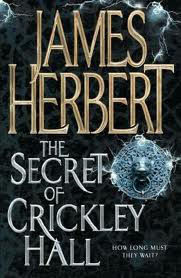 Horror author, James Herbert has never had much luck with TV adaptations of his work – his 1988 novel, Haunted started off as a TV special for the BBC but the project was later aborted. However Herbert may find things go a little more smoothly when Ultraviolet director,  Jo Ahearne  adapts his novel, The Secret of Crickley Hall for the BBC.

BBC Controller Of Drama Ben Stephenson made the announcement yesterday amid a bunch of new drama announcements at the Broadcasting Press Guild lunch yesterday. .
The adaptation will be turned into three 60-minute episodes, set for broadcast  around Halloween 2012. The story is about a family who relocate to a rain-swept house in a Devonshire town called Devil’s Cleave – which sounds like a bad move already. It turns out that during World War II, the village was decimated by a flood. Crickley Hall was home to a group of poor orphans evacuated from London to live in spooksville under the care of the sadistic Augustus Cribben, who terrorised, starved and beat them. The orphans were seemingly washed away by the flood and now their lost spirits haunt the hall, pursued by the monstrous figure of Cribben.


One to look forward to then- and if the mini-series is a success then maybe we'll finally see the Haunted series as the teleplay still exists.
Posted by Gary Dobbs/Jack Martin at 15:01